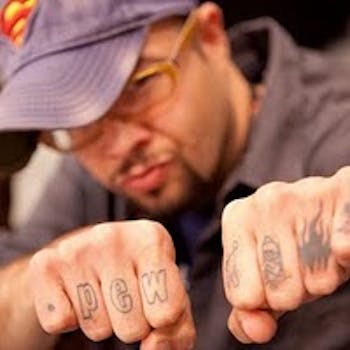 Longtime tweeter Drew Olanoff was disappointed by the Twitter community's flip reaction to the Virginia quake.

Olanoff, a guy who was reared on the Web and had his own 15 minutes or so in the spotlight with his Blame Drew’s Cancer campaign, used to have the username @drew on Twitter before he handed it off to TV personality Drew Carey. So it’s safe to say he’s a bit Twitter-pated.

But he was shocked by what he saw on Twitter—and it made him question whether the microblogging service was still the kind of neighborhood he wanted to hang out in.

Sure, there were various news tweets reporting what happened. But there also were a slew of tweets, mostly coming from Californians making what he thought were insensitive jokes about the quake. (Olanoff lives in San Francisco but is originally from Philadelphia.)

“It’s a shame that their first reaction when something happens is to make fun of it,” he said in a phone interview. “I know that’s how people cope with it.”

But, he said, real people were hurt and shaken up, including his dad, who still lives in Philadelphia.

The jokes showed “a complete detachment from reality and humanity,” he said.

Aside from wanting to get information about the quake, Olanoff simply wanted to find out how his friends and family were doing.  Twitter was a mess and he knows that many people aren’t allowed to log on to Facebook from work.

So he turned to Google+, Google’s just-barely-out-of-shrink-wrap social network.

His post was simple.  “6.2 #Earthquake in VA, felt in NYC, MD, Philly, CT, OH, DC, NC, Toronto, Pittsburgh….sound off if you’re ok…physically AND mentally, please. Also add where you felt it.”

(As of now, the earthquake has been downgraded to magnitude 5.8—still a sizable quake.)

People responded in kind—short and to the point.

Jason Lederman wrote, “In NYC here, we felt it in the buildings.”

Carolynn Trent Johnson wrote, “SW VA, in the mtns. We are fine, I felt nothing but some residents are reporting it.”

It’s not clear what the event means for the future of social networking. But Olanoff for one, says this was a watershed moment.

Twitter, he said, has lost its “heart and soul.” And Google+, at least in this case, seemed to be “the best way for a live streaming conversation.”

It may not have been a defining moment for Google+, like the events that have shaped our understanding of Twitter. But for one former Twitter fan, at least, Tuesday’s earthquake caused a seismic shift in his thinking about how he wanted to share his life online.