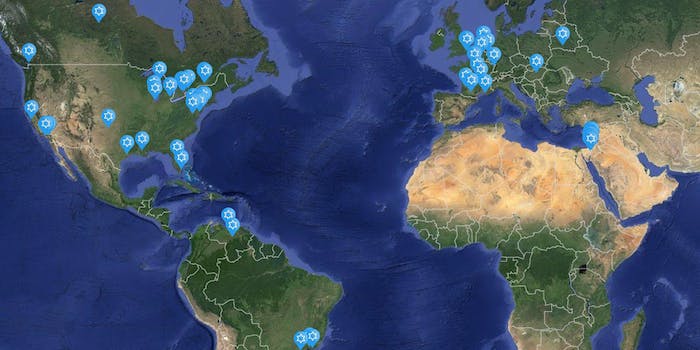 The Israeli Defense Forces commemorates global Holocaust survivors across the globe with #WeAreHere.

Though some 69 years has passed after the horrific genocide of the Holocaust, time hasn’t forgotten those who endured such unspeakable acts, it’s simply changed the way we remember them.

This year the Israeli Defense Forces took a modern approach as part of Israel’s Holocaust Memorial Day through their #WeAreHere project. The IDF’s social media team began a global undertaking using Twitter, Facebook, and Instagram to solicit photos of Holocaust survivors with their families. The IDF indexed the photos, which included the name, age, and location, of the survivors on an interactive Google map showing the resilience and smiles that span generations across the globe.

For more information about including a family member or friend as part of the #WeAreHere project, you can visit the Israeli Defense Force’s site here.