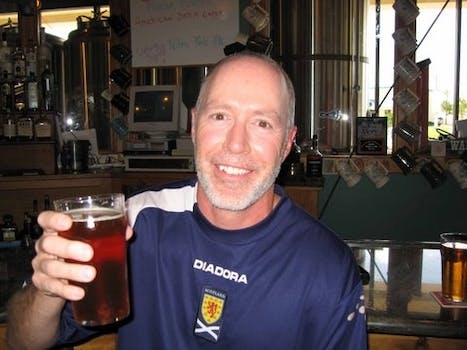 A month after his departure, James Whittaker wrote, "Ideas that failed to put Google+ at the center of the universe were a distraction.”

James Whittaker parted ways with Google in early February on amicable terms. But now that some time has passed, the former engineering director has opened up about the company’s fledgling social network.

“This is not one of those ‘Google let me down’ rants, nor is it a ‘love this company, keep up the good work’ farewell … just a realization that even as my perf scores and profile within the company has risen my ability to lead has diminished,” Whittaker wrote on Feb. 3. “It’s time to stop being part of a team changing the world and time to go lead one. Unfortunately, the place to do that is elsewhere.”

In the early days at the company, Whittaker was a Google loyalist, speaking at Google Developer Day’s and Google Test Automation conferences. He was proud of the innovative products the company was creating and particularly with Google Labs, a think tank where Google tested new products. (Gmail and Google Calender were two of its most notable projects.)

But then the labs closed last fall as Google switched gears to building and promoting Google+ as its answer to the Facebook juggernaut. During his last three months, Whittaker saw a company once passionate about innovation become obsessed with advertising. He described the change in a lengthy blog post made Tuesday:

“It turns out that there was one place where the Google innovation machine faltered and that one place mattered a lot: competing with Facebook. Informal efforts produced a couple of antisocial dogs in Wave and Buzz. Orkut never caught on outside Brazil. Like the proverbial hare confident enough in its lead to risk a brief nap, Google awoke from its social dreaming to find its front runner status in ads threatened. … Larry Page himself assumed command to right this wrong. Social became state-owned, a corporate mandate called Google+. It was an ominous name invoking the feeling that Google alone wasn’t enough. Search had to be social. Android had to be social. YouTube, once joyous in their independence, had to be … well, you get the point. Even worse was that innovation had to be social. Ideas that failed to put Google+ at the center of the universe were a distraction.”

Whittaker gave Google+ a shot and even worked as development director on the project. But in the end neither he nor his family could get completely on board.

“I couldn’t even get my own teenage daughter to look at Google+ twice, ‘social isn’t a product,’ she told me after I gave her a demo, ‘social is people and the people are on Facebook,’” Whittaker wrote. “Google was the rich kid who, after having discovered he wasn’t invited to the party, built his own party in retaliation. The fact that no one came to Google’s party became the elephant in the room.”

Whittaker has since stopped using Google+ and instructed people to follow him on Twitter for updates. On Tuesday he tweeted that he was now working for Microsoft.