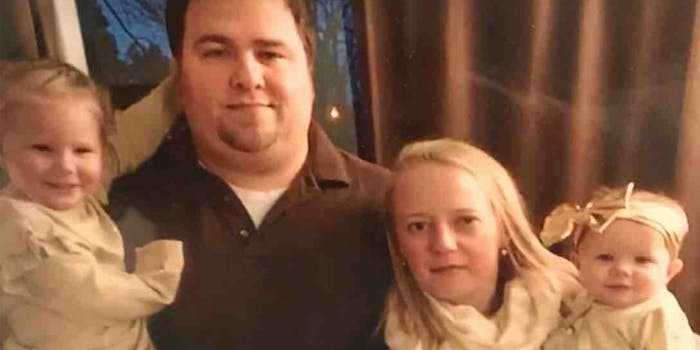 GoFundMe campaigns launch for victims of limo crash that killed 20

One fundraiser is to care for the children left parentless by the accident.

On Saturday, 17 people got into a limo to go to a brewery in Schoharie, New York, to celebrate Amy Steenburg’s 30th birthday. She and her husband, Axel Steenburg, were newly married. They were accompanied by siblings, cousins, and friends.

According to the New York Times, the limousine lost control while going through an intersection that residents of the area say is notoriously dangerous. The limo hit an empty car at high speed and eventually fell into a ravine, resulting in the deaths of the driver, all 17 passengers, and two pedestrians. Federal officials say this may be the deadliest traffic accident in nearly a decade.

Needless loss of life is always tragic, but the concentration of loss in this close-knit group of people is deeply so. The Steenburgs weren’t the only newlywed couple in the vehicle; their friends Erin and Shane McGowan had only been married four months. All of Ms. Steenburg’s sisters, and Mr. Steenburg’s brother, Rich, also died in the accident. So did Adam and Abby Jackson, and are survived by their two daughters, four-year-old Archer, and 16-month-old Elle. Their godfather, Patrick Cushing, also was killed.

In the wake of the accident, people have begun raising money for the families affected. A GoFundMe campaign for the funeral costs for Rich and Axel Steenburg has nearly reached its goal of $10,000 within a day. Another GoFundMe campaign is looking beyond funeral costs, and at the future of the two little girls left behind by the Jacksons.

The fundraiser, set up by a friend of the girls’ grandparents, Sarah Maltzman, is not just to help them with the expenses of raising two children, but also to start a college fund for them. “While families will step in and provide loving care for these girls, there will be expenses that we can help with during this time when we otherwise feel so helpless,” wrote Maltzman on the campaign page.

She’s certainly not the only one who feels this way; in less than a day, people have donated over $60,000 to help the Jackson family.