On Dec. 22, a drunk driver crashed into a home in Thousand Oaks, California, killing Igor Lirtsman as he slept on his daughter’s living room couch. The suspect was 19-year-old Justin Stahlberg, who allegedly had been at a house party thrown by friend Andy Zepeda. Stahlberg was charged with vehicular manslaughter; Zepeda was allegedly given a social host fine of $2,500. This was a fine he attempted to raise funds for through GoFundMe. 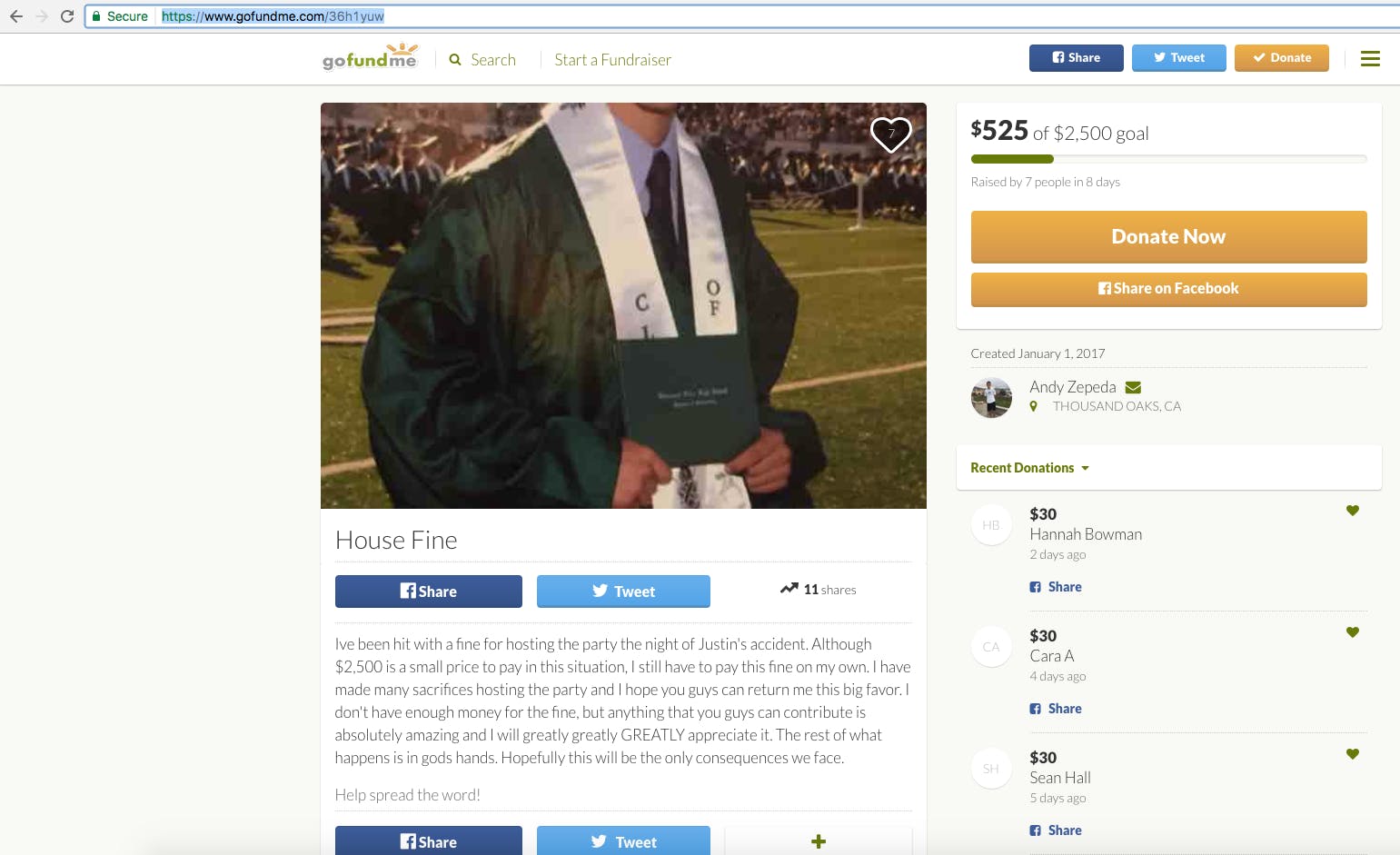 Zepeda wrote on the campaign page that he has “made many sacrifices hosting the party,” and that he can’t afford the fine. He raised $525 from seven people in eight days before the listing was removed from the site. The Daily Dot has reached out to GoFundMe to see if it pulled the campaign, as it’s in violation of its terms of service to raise money in “the defense or support of anyone alleged to be involved in criminal activity.”

Social host liability laws exist to create responsibility for hosts who serve their guests alcohol in their home, the same way bars can be charged for overserving patrons.

A GoFundMe for Lirtsman’s family has raised almost $2,300, and in it they warn against the dangers of drunk driving. “This senseless loss could have been prevented. Please, don’t drink and drive, and don’t let friends and family drink and drive.” And if you do, crowdsourcing any fines is pretty egregious.