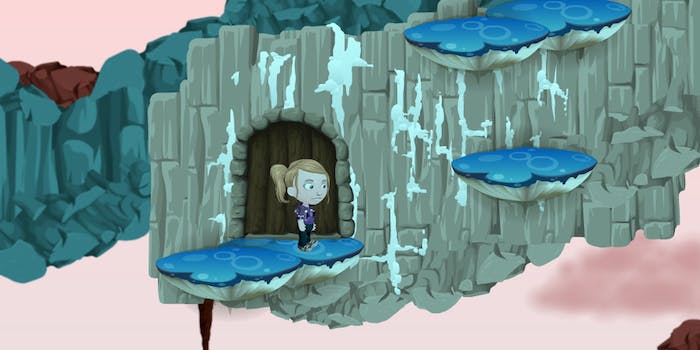 Remember Glitch? The game was meant to provide a peaceful, fun-loving alternative to Massive Multiplayer Online (MMO) Games like World of Warcraft. Sadly, it was not to be.

With its sweet background music and collaborative, nonviolent quests, Glitch promoted creativity and whimsy above combat and the kind of repetitive tasks often required to get ahead in most MMOs. First-time players would be greeted in person by the avatar of a staff member or volunteer. In-game tasks included activities like tickling plants, milking butterflies, and learning to cook.

Created by Tiny Speck, a startup launched by Flickr co-creator Stewart Butterfield, the game hosted hosted around 150,000 players at its most popular. But those numbers weren’t enough. Tiny Speck shut the game down in Dec. 2012.

While Glitch never quite made it into the big leagues, its fans were as dedicated as any game developer could hope for. Following the closure of the game’s main site, former users rallied around Indiegogo campaigns for a Glitch art book (which raised an astonishing $114,090 on a $17,000 goal), and a similarly successful Glitch soundtrack music project.

Now, Glitch is back from the dead—kind of. This week, Tiny Speck made the game’s code and artwork available for download, putting it all in the public domain. Everything except the game’s name and logo is now available under a Creative Commons license: “No rights reserved.” On Glitch’s pared-down website, Tiny Speck posted an explanation.

“The entire library of art assets from the game, has been made freely available, dedicated to the public domain. Code from the game client is included to help developers work with the assets. All of it can be downloaded and used by anyone, for any purpose. (But: use it for good.)”

While Glitch does now have the potential to live on through other developers, Tiny Speck has decided to move on.

The company’s current project is a communication platform named Slack, which was actually developed for their employees to use while they were working on Glitch. This may well end up being an example of history repeating itself, as Glitch creator Stewart Butterfield’s most famous success story came from similar origins. Flickr was developed in conjunction with Game Neverending, an earlier MMO that sank without trace while Flickr went on to be a household name. So, perhaps Slack will succeed where Glitch eventually failed.