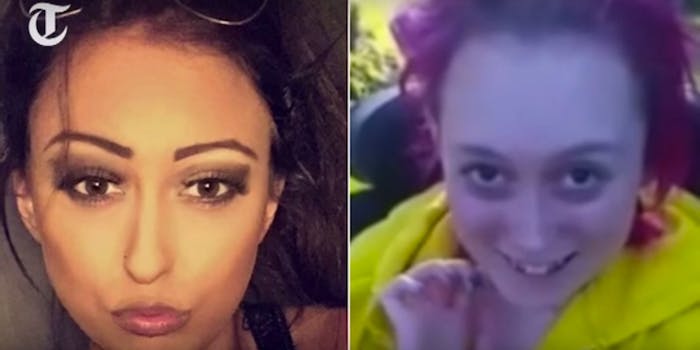 MDMA probably didn’t put this Glasgow teenager into a coma

Amy Thompson's story highlights the dangers of taking drugs off the street.

Last week, a video surfaced of a Glasgow teenager who reportedly took the club drug MDMA (also known as Molly) and subsequently fell into a coma. Amy Thompson, 16, now needs a wheelchair, and her speech is slurred due to neurological damage she sustained from the coma.

According to the Guardian, her friend released the video to give wellwishers an update on Thompson’s progress. But several news outlets seized the opportunity to warn of the purported dangers of MDMA.

But it’s not clear if MDMA is the culprit here.

MDMA works by flooding the brain with serotonin while also acting like serotonin itself. The biggest known dangers of the drug are overheating and improper water and electrolyte intake.

“I’m not aware of any other circumstance where MDMA has caused this type of response, which suggests to me that there was some kind of adulteration to the chemicals she took,” Lori Chassee, the deputy mayor of West Chicago, told the Daily Dot. Chassee is also a member of Law Enforcement Against Prohibition (LEAP), a nonprofit of law-enforcement officers who want to reform drug policies in the US.

Another common problem is that MDMA, though often sold as the “pure form of ecstasy,” is often not as it seems. The drug is frequently cut with other stimulants such as cocaine, caffeine, or even bath salts.

“That’s the risk you run when you leave the drugs in the unregulated hands of the public,” Chassee said.

“Certainly the most common deaths [from recreational MDMA use] have been from either dehydration and hyperthermia from dancing without adequate hydration,” Michael Mithoefer, a psychiatrist researching the therapeutic benefits of MDMA on post-traumatic stress disorder, told the Daily Dot.

Mithoefer said that he couldn’t comment on whether or not MDMA caused this specific reaction without more information about the case.

Correction: Lori Chassee is the deputy mayor of West Chicago.