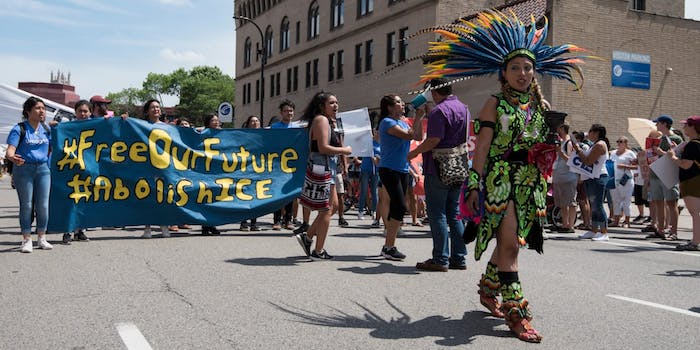 GitHub is trying to make up for its ICE contract with a donation.

GitHub is defending its decision to continue working with Immigration and Customs Enforcement (ICE) despite employees’ demands to terminate the contract.

On Tuesday, GitHub CEO Nat Friedman explained in a company-wide email to “hubbers” why the company is not detaching from its work with ICE.

In the letter, first leaked to a group called Fight For the Future and then posted on the GitHub website, Friedman said he “strongly diagree[d]” with the administration’s crackdown on immigrants. Friedman also said GitHub “does not have a professional service agreement with ICE,” and that the revenue gained from ICE is “not financially material for the company.” He said Github’s extent of work with ICE is to provide a server license that ICE purchases for $200,000.

Friedman also said GitHub will donate $500,000 to nonprofit organizations that are working with immigrant justice and helping separated families.

GitHub employees, however, replied that they are “not satisfied,” in an email published by the Washington Post on Wednesday.

“Continuing to hold this contract does not improve our bargaining power with ICE,” read the letter, which reportedly gained more than 150 signatures in an hour. “All it does is make us complicit in their widespread human rights abuses.”

According to a source who spoke anonymously to the Post, one signature belongs to a company vice president.

“We cannot offset human lives with money,” employees wrote. “There is no donation that can offset the harm that ICE is perpetrating with the help of our labor.”