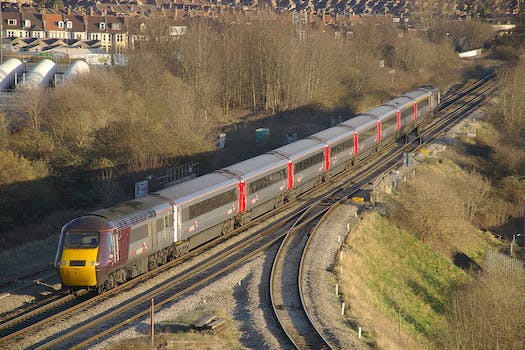 Was it a missed connection? Or just a total miss?

The latest example of this classic story structure comes from an Englishman named Angus Mainland. The 19-year-old was riding a train to see his favorite (“favourite”) soccer (“football”) team play, when he met the girl of his dreams.

At first, it seemed like they were on the 12:45 express train to LoveTown.

But despite making this social media declaration of matrimony, Mainland did not get the young woman’s contact info. It seemed their love story was doomed to be brief—until Mainland called in the Twitter sleuths.

After his plea was retweeted nearly 5,500 times, Maria Betania, the young woman from the train, came forward.

“She found it quite funny, and then I said ‘Here’s my number, let me know if you’d like to go for a drink,’” Mainland told The Croydon Advertiser.

But even after Mainland went to all that trouble, the two have yet to set a date.

Let this serve as a reminder to all you prospective Romeos out there: Even if you make a grand gesture to win over the supposed woman of your dreams, it’s still possible that she’s just not that into you.