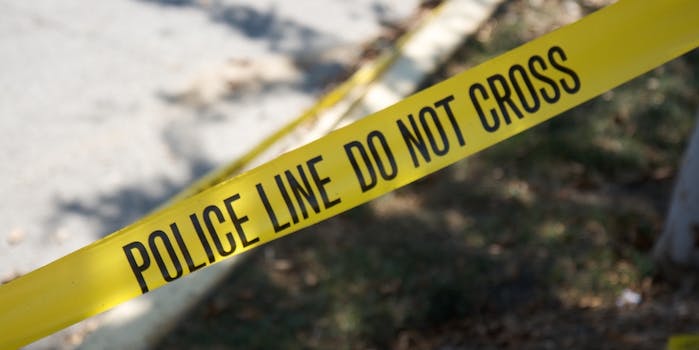 Police claim the man was armed with a knife.

Authorities in Texas are investigating a cellphone video that appears to show two sheriff’s deputies shooting a man with his hands in the air.

Gilbert Flores, 41, was fatally shot last Friday morning by sheriff’s deputies responding to a domestic-disturbance call in a northwest San Antonio neighborhood, reports KSAT. Footage of the incident, filmed by a college student and released on Monday, appears to show Flores raise his hands in the air moments before the gunshots are heard.

When Deputies Greg Vasquez and Robert Sanchez arrived at the scene, a woman and a baby appeared to be injured, according to Bexar County Sheriff Susan Pamerleau. The woman was reportedly found inside the home with a cut on her head.

After the shooting, Flores was flown to a nearby hospital where he later died, the sheriff’s office said.

“Certainly what’s in the video is a cause for concern,” Pamerleau said Friday at a press conference. “But it’s important to let the investigation go through its course so we can ensure a thorough and complete review of all that occurred.”

According to the Bexar County Sheriff’s Office, Flores was brandishing a knife and continued resisting arrest even after the officers tried using non-lethal methods—a stun gun and shield—to subdue him.

In a statement released on Tuesday, Terri Burke, executive director of the American Civil Liberties Union of Texas, called on the Bexar County sheriff’s department and district attorney to “conduct a transparent investigation and hold any wrongdoers accountable.”

The video of Flores’ fatal shooting raises serious concerns, Burke said, over whether the officers used force proportional to the circumstances.

“Like other events that that we’ve seen across the country involving interactions with law enforcement, this one points to a troubling trend of overzealous and abusive policing,” said Burke. “The video doesn’t show every aspect of the interaction, but it certainly raises serious questions about whether the level of force was constitutionally permissible.”

It is not clear from the video whether Flores was holding anything in his hands at the moment he was shot.

“We are aware that there is recorded video that appears to show the final moments of this deputy-involved shooting,” Pamerleau said. “It’s among many pieces of evidence that we are collecting to determine what happened.”

“What’s important is to make sure that we don’t rush to judgment on any part of this,” she said.

Vasquez and Sanchez have been placed on routine administrative leave pending the outcome on an investigation.