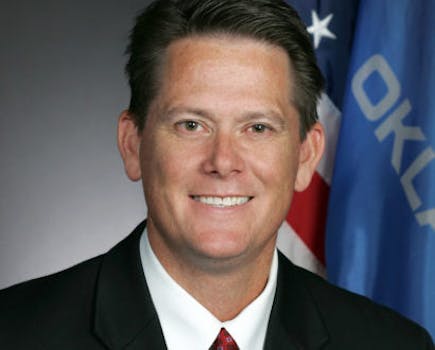 'Rape and incest could be part of God's will.'

The Oklahoma House of Representatives passed a bill this week outlawing abortions in cases of fetal abnormalities.

In a follow-up statement to an Oklahoma NBC affiliate, Republican Rep. George Fraught hinted there was beauty in a pregnancy that resulted from incest or rape.

“Let me be clear, God never approves of rape or incest. However, even in the worst circumstances, God can bring beauty from ashes,” Fraught said.

House Democrats challenged Fraught’s no-exception House Bill 1549. Fraught defended his bill by stating on Tuesday that “rape and incest could be part of God’s will.” Video of his fringe position began making the rounds on Thursday.

“If you read the Bible, there’s actually a couple circumstances where that happened and the Lord uses all circumstances,” Fraught said. “I mean, you can go down that path, but it’s a reality unfortunately.”

Rep. Cory Williams questioned Fraught if rape and incest were the will of God.

“You’re saying that God is not sovereign with every activity that happens in someone’s life and can’t use anything and everything in someone’s life, and I disagree with that,” Fraught responded.