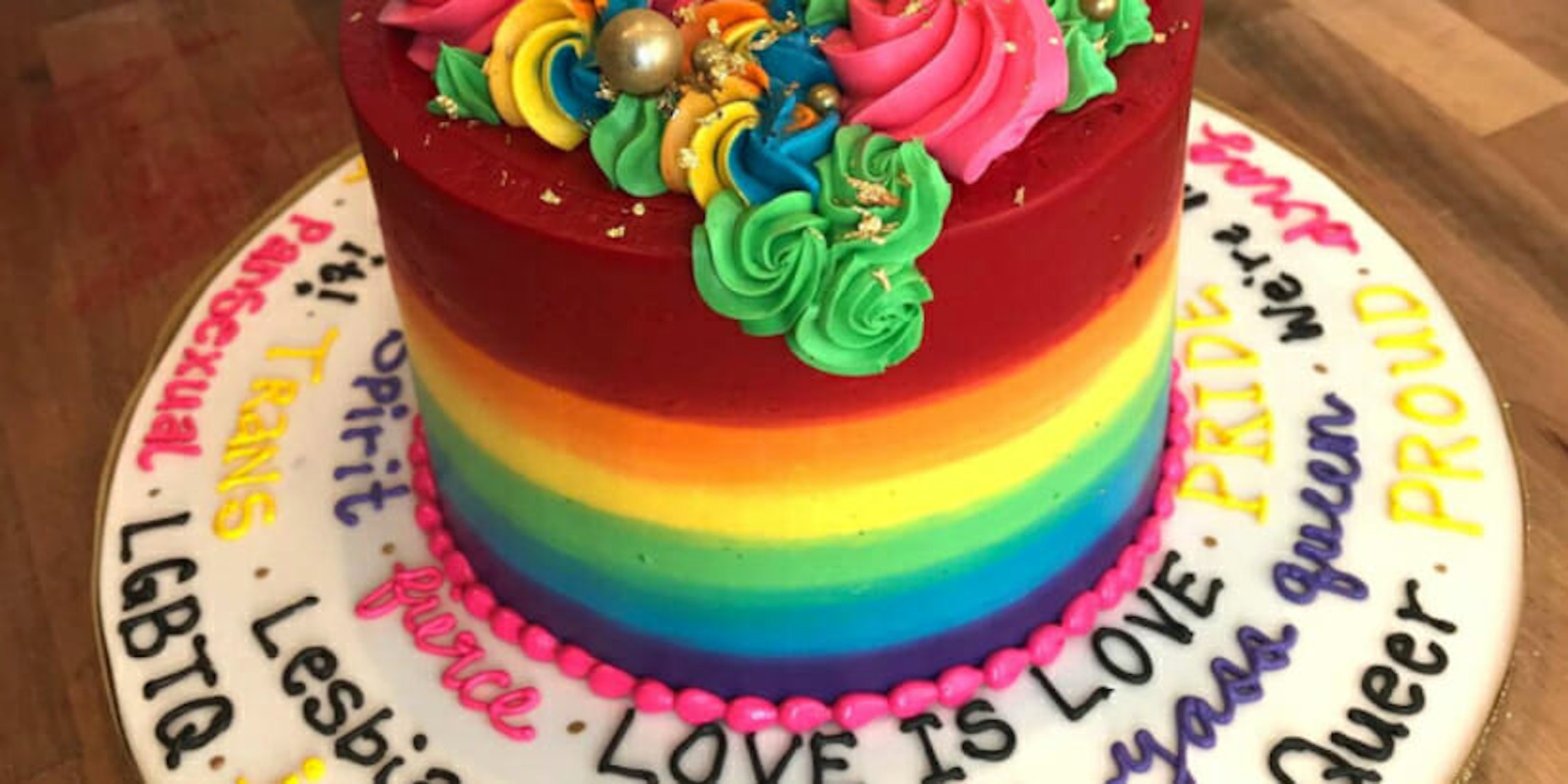 'I wanted the gayest cake ever.'

For once, a gay cake story has a happy ending.

Chris Farias, a creative director in Hamilton, Ontario, recently ordered a cake for his fiancé, Jared Lenover, asking for the “gayest” cake that Cake and Loaf Bakery could make, BuzzFeed News reported Friday.

“With what’s going on in the world I really wanted to show that in Canada we really celebrate diversity and I wanted the gayest cake ever,” he told BuzzFeed News.

In a much different gay cake tale, the U.S. Supreme Court is hearing a case about a Colorado bakery that refused to make a wedding cake for a gay couple. But to Farias’ delight, Cake and Loaf Bakery was happy to accommodate his request.

Quinn Pallister took on the task of decorating the gayest cake. She’s the child of two moms, so the task had a special meaning to her.

“Seeing my moms being part of the LGBT community, it’s just really important to me that everybody feels included,” Pallister said. “I never got to make [my moms] a wedding cake, so this was like making something for everybody that’s part of the community.”

She created a rainbow masterpiece, topped with a gold unicorn horn and filled with rainbow sprinkles. The base of the cake is encircled with words like “fierce,” “yass” and sexual identities.

Farias was emotional when he saw it.

“She showed it to me and I just started crying and gave her a huge hug,” he said. “It was everything—it was just right.”

He posted photos of the cake on Facebook, getting thousands of likes and shares.

In celebrating my engagement to Jared Lenover (It's been a year… 8 months 'till the big day!!) I wanted to get him a…

“I am proud to be a gay Canadian who can order a cake and not get turned down because of who I love,” Farias wrote.

He told BuzzFeed News that “perfect strangers” are congratulating him and Lenover on their future wedding.

“I have people I’ve never met before saying how happy it made them,” Farias said.

The cake felt especially monumental to the bakery’s owner, Nicole Miller, who said just a few years ago she made a wedding cake for a gay couple who had been rejected by other local bakeries.

“We really want to embody a positive, all-inclusive safe space for all of our employees and customers,” she said.