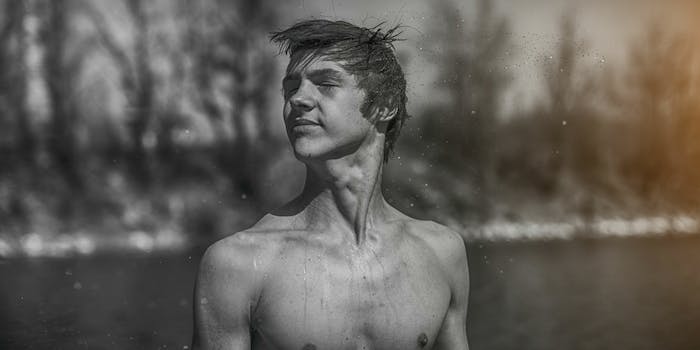 From vintage d**k pics to raunchy GIFs, the blogging platform as has your hardcore needs covered.

Piles of pornographic GIFs and pics are important, but so is a niche. The Tumblr called Hairy Side has found specificity in honoring bears and otters, all muscled and toned. What’s even better is the handsome 34-year-old gay man from Russia who runs the blog. Wander over to his “That’s Me” page, where work of his own gorgeous body can be admired—and yes, he’s bearded and furry, too.

No, smutty photos were not invented with the internet. On Vintage Gay Pics, check out some classic black-and-white, man-on-man erotica from bygone eras. More often than not, posts here are more entertaining and artistic than they are graphic, but the nuance and storytelling aspect just might get you going. The photos are both alluring and inspirational when considering the times from which they came.

OK, bonus points to this one for its name. But this blog isn’t a fan Tumblr for Power Rangers run by one of your friendly neighborhood bottoms. Instead, it’s a straightforward pornographic collection of both homemade videos and studio scenes. The high number of notes on these posts may help take the edge off your guilt as you know thousands of others are favoriting and reblogging the same stuff.

“Do you like boys?” Well, odds are if you’re reading this article, you probably do. If you find yourself delighted by this Tumblr gem, you definitely do. This blog has plenty tastefully shots and relatively SFW peeks from photo shoots. Because sometimes the foreplay is the best part.

Into getting it on in public, specifically in incredibly picturesque places or in your car? This blog features fairly predictable) but sensual, hardcore, and acrobatic sex GIFs for anyone who’s into public (gay) sex. For equal parts hot pics and baffling sexual creativity, this is the blog for you.