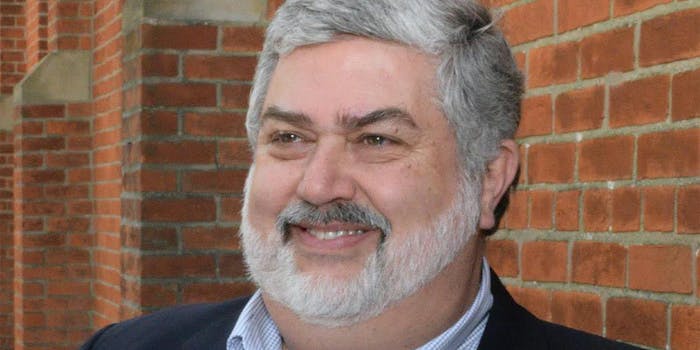 'To become the church we are called to be, the discrimination, the silence, and the harm must stop.'

An openly gay pastor in the United Methodist Church says his seminary diploma was stolen as a message that he is no longer welcome in the church.

Rev. David Meredith told his congregation at Clifton United Methodist Church on Sunday that a burglar took his diploma as well as his ordination certificate but left behind his computer and the church’s silver. The pastor believes the incident was motivated by his sexuality, and the robbery has since been reported as a hate crime to the Cincinnati Police Department.

Previously, the Committee on Investigation for the West Ohio Conference of the United Methodist Church dismissed violations that Meredith lived an “immoral lifestyle” and was a “self-avowed, practicing homosexual,” which would have stripped him of his role as a pastor within the church. However, Meredith still faces a charge for “disobedience” within the denomination. The controversy arose after Meredith married his partner of nearly three decades.

“I am involved in this legal process within the United Methodist Church that seeks my removal from clergy status,” Meredith said to the Cincinnati Enquirer. “In a symbolic way, by removing these documents that allow me that status, it’s a similar way to do it through acts of hate and intimation.”

The Clifton United Methodist Church has since turned to Facebook with a lengthy message, suggesting the theft was done by “an informed United Methodist, perhaps even a clergyperson.” The church also is calling on those who have engaged in LGBTQ discrimination to self-reflect and denounce the alleged “hateful attack.”

“To become the church we are called to be, the discrimination, the silence, and the harm must stop,” the church wrote in its post.

Sometime between April 24 and 26, an unknown person or persons broke into the office belonging to Pastor David Meredith…

Posted by Clifton United Methodist Church on Sunday, May 6, 2018