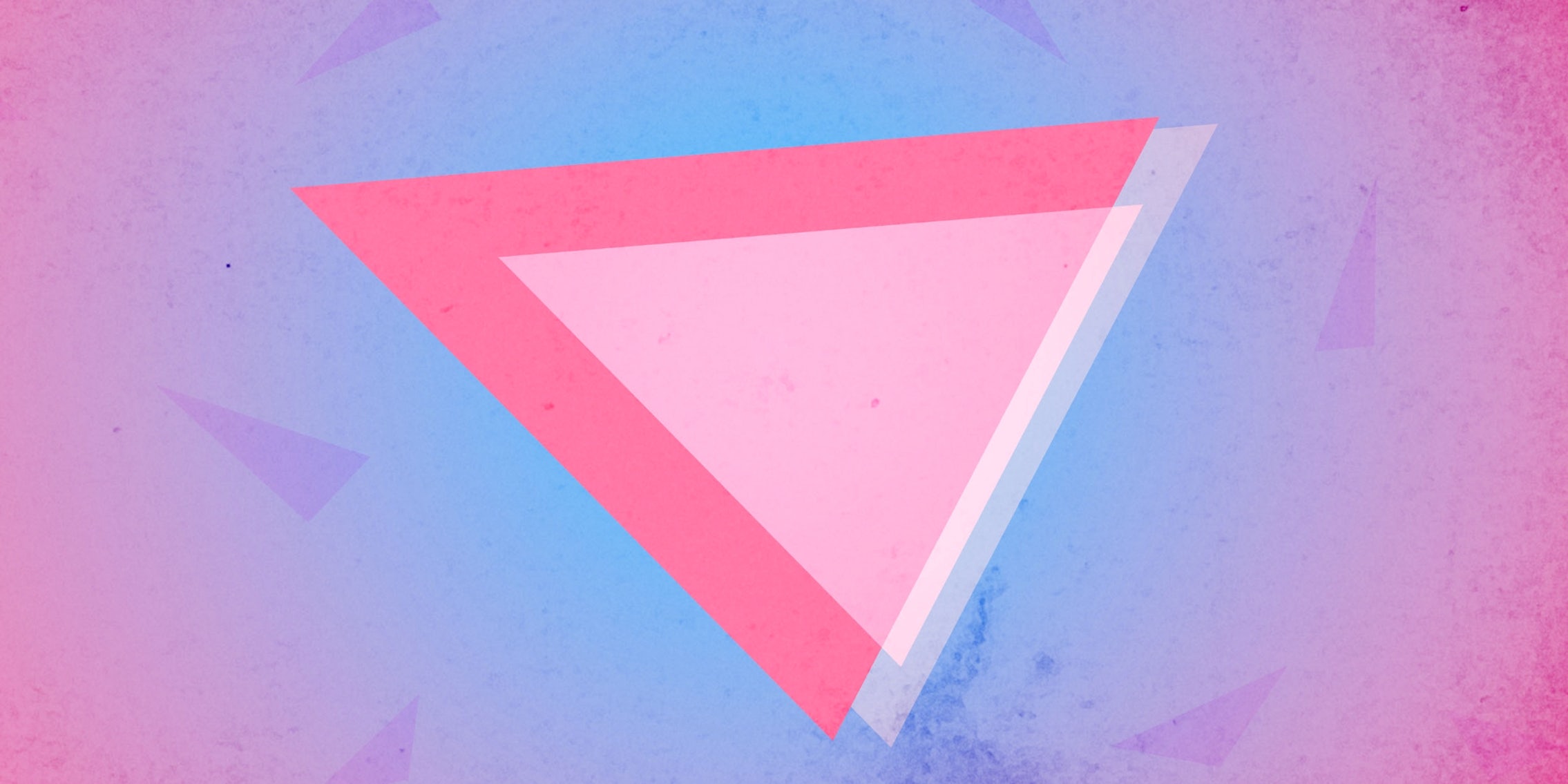 One of the study's researchers is notorious for his anti-trans agenda.

Are we, as Lady Gaga tells us, born this way?

As a lesbian, I’ve long wondered whether my sexual orientation is something I chose or something innate—some fixed, genetic impulse that leads me to find women sexually arousing and romantically desirable while men have a quantifiably minor effect in the same areas. I have a lesbian half-sister and was once told in hushed gossip of an aunt who “slept with everyone,” meaning women and men. I wondered if these family members were an indication of a “gay gene” that we all shared. Or was it just coincidence?

A new report by two Johns Hopkins researchers asserts that there is no biological basis for being LGBT: that gender identity and sexual orientation are not innate. The study in the fall 2016 edition of the journal New Atlantis examines studies of the brain, finding no difference in the brain structures of LGBT and heterosexual people, among other things. At first glance, the study seems legitimate—even exciting.

I’m certainly not the first person to wonder whether I’m gay because of choice or because of biology. The idea of a “gay gene” has panicked LGBT thinkers for decades. In Thinking Straight About Being Gay, T.M. Murray finds that the existence of a gay gene threatens both conservative Christian moral structures (by refuting their belief that God meant for everyone to be heterosexual) and homosexual survival (by opening a door to eugenics). The eugenics philosophy assumes that if people were given the option to isolate such a gay gene in their children, they would choose not to have them, and the LGBT community would be slowly eroded by selection.

Then in the 1980s, when I was a child and the AIDS crisis dominated gay culture and discourse, the prevalent belief was that being gay was a choice—a response to decades of stigma that suggested homosexuality was a sickness.

Though the John Hopkins study sought to authoritatively answer the nature vs. nurture debate regarding sexuality, the more I dug into the report, it became clear it was weighted heavily in bias—appearing, at times, desperate to avoid or reinterpret research that has shown evidence of biogenetic markers that predict homosexuality, among other things. The study makes some pretty shocking claims in other regards, too—claims that critics say could put LGBT people in danger.

For starters, New Atlantis, which is not peer-reviewed, is published by the Ethics and Public Policy Center (EPPC), a conservative think tank that describes its own agenda as a dedication to “applying the Judeo-Christian moral tradition to critical issues of public policy.” The EPPC is also a lobbying arm of the conservative evangelical end of the political spectrum; its acting president Ed Whelan has testified in court against Roe v. Wade and in other abortion cases, and the group has submitted briefs arguing against equal education for boys and girls, among other egregious things. Since its publication, the study has received very little coverage outside of conservative and religious outlets.

Then there are the detailed findings of the study. It claims that LGBT people suffer higher rates of childhood sexual abuse, that children and adolescents overwhelmingly “grow out of” same-sex attraction or gender difference, and that much of the scientific research on what makes people LGBT is wrong or misread. Those are some pretty loaded claims—and the way such findings could be utilized to suppress LGBT kids or pathologize LGBT identities as post-traumatic confusion is a dangerous prospect indeed.

And last but not least, there is the fact that one of the report’s researchers is notorious for his anti-trans agenda. High-ranking psychiatrist though he may be, Paul R. McHugh’s recent Wall Street Journal op-ed comparing transgender people to anorexics—as well as parents who support trans kids as child abusers—solidified his reputation as enemy number one of the trans community.

“I suspect conservatives will try to use the study to fight back against the Obama administration about schools and bathrooms. And it could be used to allow parents who hope to talk their kids out of being LGBT, to force them into punitive systems.”

One of the study’s fiercest critics is science historian and sex researcher Alice Dreger, author of the book Galieo’s Middle Finger. “McHugh clearly has a policy agenda,” Dreger told the Daily Dot, who is acutely familiar with McHugh’s work. “There’s no one science community, but I will say, among the people who deal with the science of sexuality, McHugh is seen as someone with bad reasoning. McHugh’s reasoning is selective, and his data is selective.”

Sarah McBride, national press secretary for the Human Rights Campaign and the first transgender person to ever speak at the Democratic National Convention, told the Daily Dot that McHugh is simply “unqualified” to write about LGBT science.

“Despite McHugh’s obsession with attacking LGBTQ people, neither he nor his co-author have ever published an actual research article on gender or sexuality in a scientific journal,” said McBride in an email to the Daily Dot. “McHugh’s essays peddling discredited theories would be unworthy of a response, if not for the dangerous and harmful impact they continue to have on transgender people, particularly transgender children.”

A study that has received so little attention, and that appears so obviously agenda-driven that no one could possibly take it seriously, can still have serious impact. This misinformation can be used by other parties, bureaucratic and personal, to strip LGBT people of their rights.

“Certainly, McHugh has opposed insurance-funding of transitions, which almost everyone else is for,” Dreger noted. “I suspect conservatives will also try to use it to fight back against the Obama administration about schools and bathrooms. And I can imagine that it could be used to allow parents who are phobic, who hope to talk their kids out of being LGBT, to force their children into punitive systems that are not supported.”

It’s also likely to end up being cited in court testimony, in briefs like the ones the EPPC frequently submits, in state legislation and congressional testimony, even in advocating for anti-LGBT conversion therapy for kids.

“This type of politically motivated quackery holds no water and would be extremely harmful if taken seriously by anyone,” said Mara Keisling, director of the National Center for Transgender Equality, in an email to the Daily Dot. “McHugh has been misusing his position to push his bigoted anti-LGBT agenda since the 1970s.”

McHugh’s past writings on gender identity have been strangely oppositional for a psychiatrist. In the famous Wall Street Journal article, he claims that transgender people’s “idea of sex misalignment is simply mistaken—it does not correspond with physical reality.” But he is also not against making a profit off of realigning a transgender person’s “mistaken” identity, when he says, “Disorders of consciousness, after all, represent psychiatry’s domain; declaring them off-limits would eliminate the field.”

McHugh’s suggested treatment for transgender children is basically the same treatment he suggests for an anorexia sufferer: Change the self-conception through therapy and by cutting them off from “suggestive environments.” In his Wall Street Journal article, he advises parents to remove trans kids from school and place them into conversion therapy.

Another subgroup consists of young men and women susceptible to suggestion from “everything is normal” sex education, amplified by internet chat groups. These are the transgender subjects most like anorexia nervosa patients: They become persuaded that seeking a drastic physical change will banish their psycho-social problems. “Diversity” counselors in their schools, rather like cult leaders, may encourage these young people to distance themselves from their families and offer advice on rebutting arguments against having transgender surgery. Treatments here must begin with removing the young person from the suggestive environment and offering a counter-message in family therapy.

Keisling pointed out that McHugh’s views on treatment for transgender people are not shared by American Medical Association, the American Psychological Association (APA), or the American Psychiatric Association. The APA’s own guidelines on trans care changed in 2013, when it changed the DSM-5 entry to read “Gender Dysphoria” rather than Gender Identity Disorder, clarifying that “gender nonconformity is not in itself a mental disorder.” One of the only reasons it remains in the DSM-5 at all is because it makes it possible for trans people to access appropriate healthcare.

McHugh’s agenda was also called into question when doctors rushed to write letters criticizing his Wall Street Journal article. In one of those letters, fellow psychiatrist Dan Karasic—a board member of the World Professional Association for Transgender Health (WPATH)—states that McHugh purposefully misrepresented a major study on the psycho-social adjustment of transgender people after surgery. In his op-ed, McHugh suggested that most trans people in the study were worse off after surgery—but Karasic said that was an offensive manipulation of data that actually showed the opposite result.

Whatever his motives, McHugh’s obsession with eroding the legitimacy of LGBT people is tangible. For a psychiatrist whose skepticism endlessly demands proof (he is known for questioning the memories of childhood sexual abuse victims and testifying in court on behalf of accused child molesters), McHugh seems unwilling to accept the overwhelming science that refutes his claims.

“All of the data we have shows that when trans people are given appropriate treatments including surgery, they do better,” said Dreger, who scoffed at McHugh’s comparison of sex-reassignment surgery as the equivalent to offering liposuction to someone suffering from anorexia. “It’s a wrong argument.”

That’s part of the Catch-22 of McHugh’s weird science: He seems hell-bent on delegitimizing transgender people while insisting that they are ill and in need of treatment—as long as that treatment is simple “conversion,” and not what the medical establishment overwhelmingly agrees is necessary in order for transgender people to live happy, healthy lives.