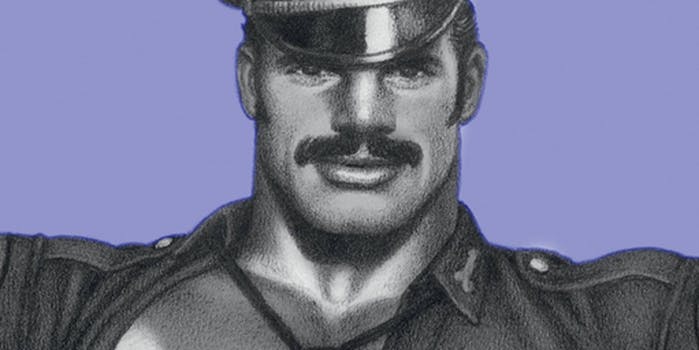 This beautiful art is coming to a lickable surface near Finland.

You may not know his name, but Tom of Finland is the reason you snicker when you hear the word “beefcake.”

The man’s playful representation of manly homoeroticism made him an art legend and an icon of post-war underground gay culture. Now he’s been embraced by his home country.

Finland is commissioning a brand-new set of three stamps that celebrates its favorite son. Tom of Finland, born Touko Laaksonen, and his eye-catching art are coming soon to a lickable, wet surface near you.

Finland’s postal service denotes the stamps as “interesting.” That’s certainly one word for it. 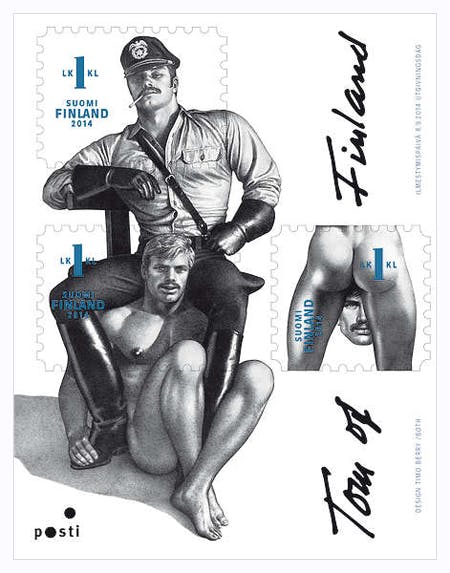 Tom of Finland’s emphasis on tongue-in-cheek manliness and macho culture has had a huge and lasting influence on gay culture, pop culture, and fashion. And his artistic influence is still felt today.

Before Tom of Finland, homoerotic art was subversive and shameful. But his often playful, openly pornographic depictions of gay men having a great time represented a shift in the confidence and the culture of queer dudes after the midcentury mark. More men began to embrace and celebrate the gay lifestyle—and themselves.

The Finnish postal service notes that in addition to “attaining iconic status,” the works of Tom of Finland “utilized the self-irony and humor typical of subcultures.” 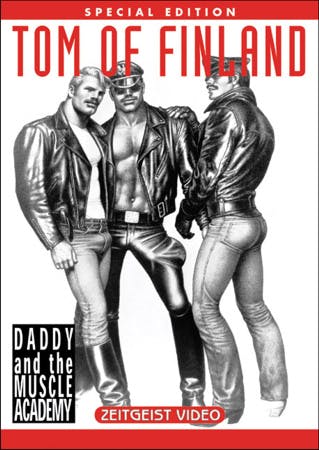 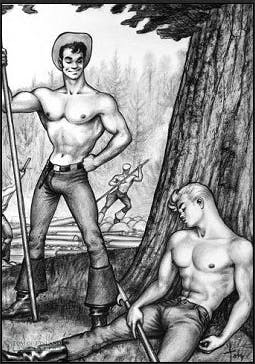 Illustration via World of Tom of Finland

The stamps will be available for purchase beginning in September later this year. We can only echo Redditor CptnVolkow at the news: “Now I know what stamps I’ll use in my christmas cards to my conservative relatives.”