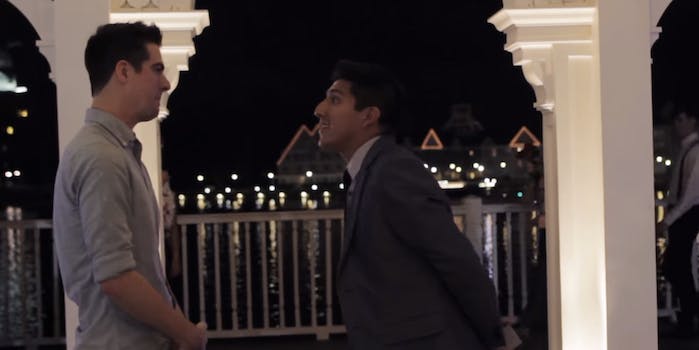 It'll warm the cockles of your icy heart.

I have gone on record as not being a huge fan of viral proposals. But occasionally, you’ll see a proposal that’s just such an over-the-top, exuberant declaration of love that it’s impossible not to get a little misty-eyed. And if Disney is somehow involved, that can easily turn into full-on waterworks.

That’s the case in this proposal video, in which a man named Patrick proposes to his boyfriend Gavin at Disney’s Boardwalk Resort, where the two first met. At first, Gavin thinks he’s just meeting Patrick and a few friends for drinks. But when Patrick hands Gavin a letter in an envelope, it becomes clear that’s not the case. 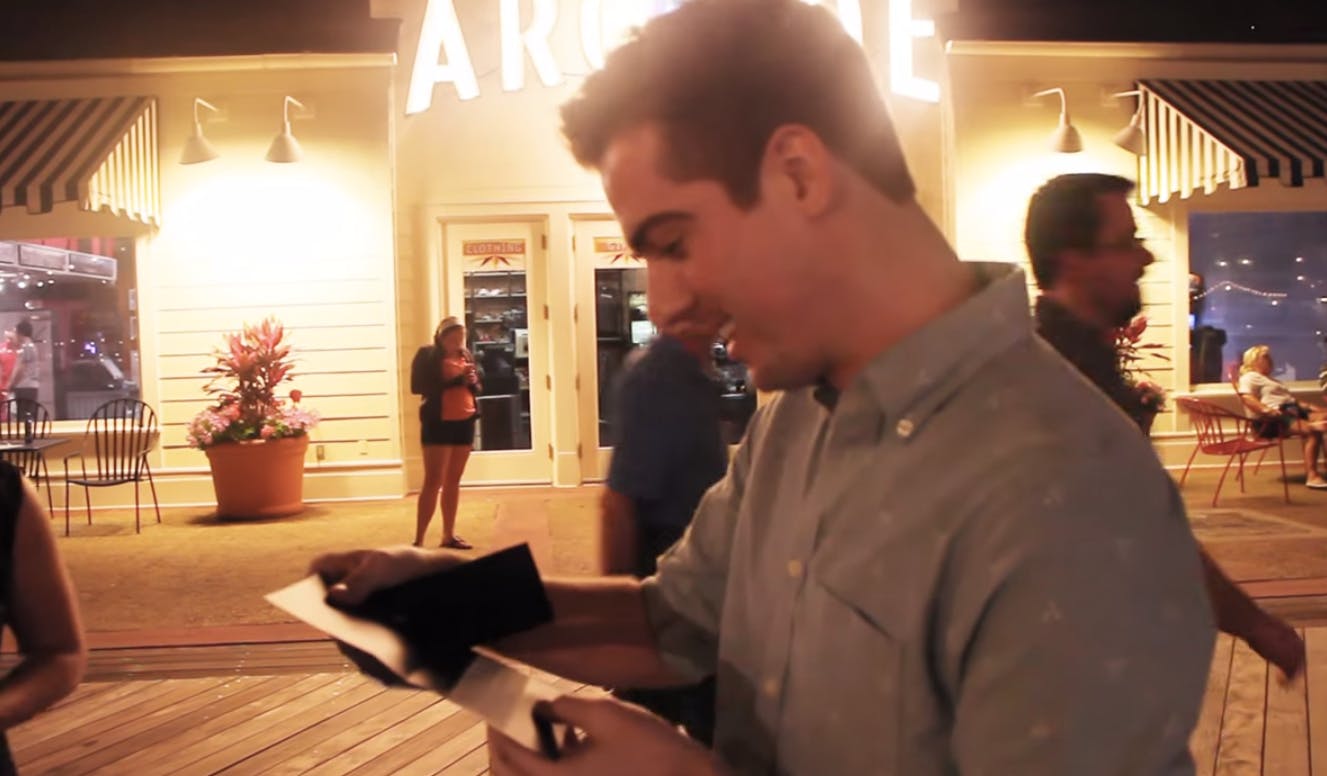 The letter begins, “Gavin: This very moment is the start of our new adventure together.” D’awwwwww.

Gavin breaks down in tears before heading to the veranda for an elaborate dance performance. 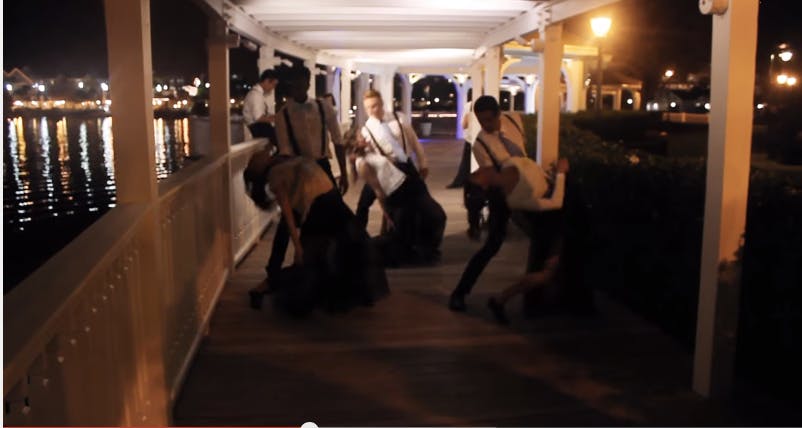 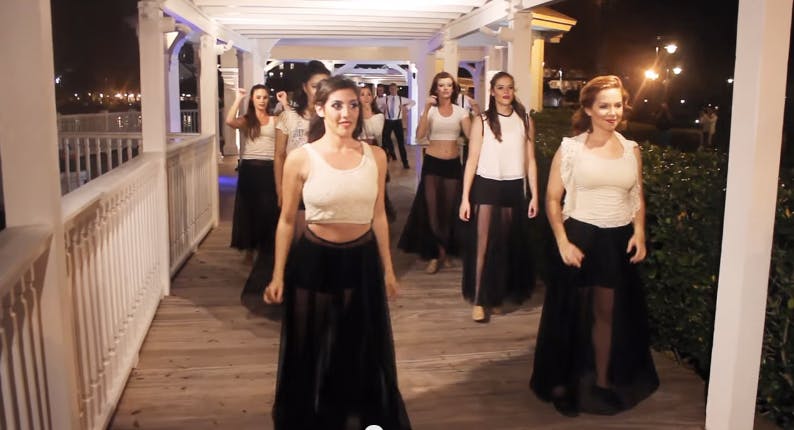 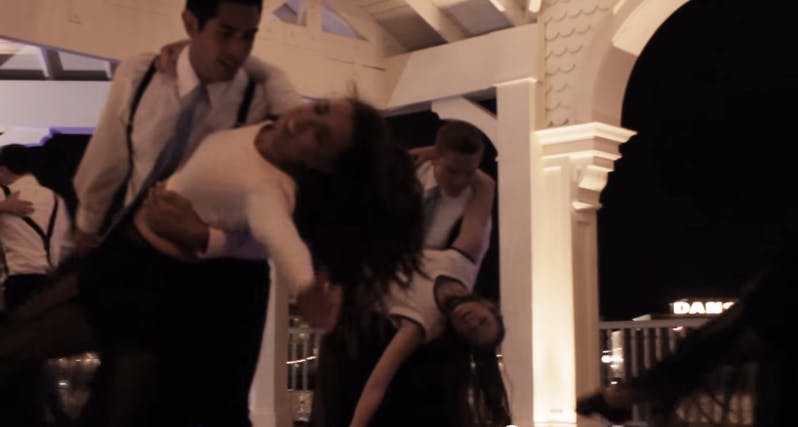 At the crescendo at the 5:00 mark, the dancers part to reveal Patrick waiting at the veranda for Gavin. “Baby, I love you so much. You’ve made me the best man, and I wanna make you the best husband in the world,” he says before getting down on one knee and proposing. 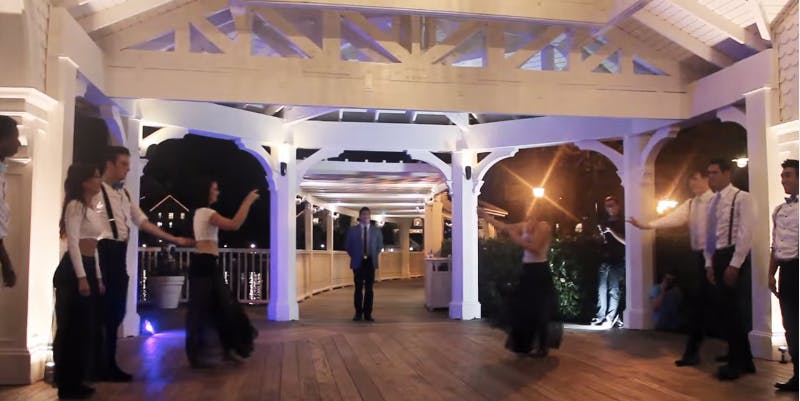 Gavin literally can’t even. Can any of us even, though? 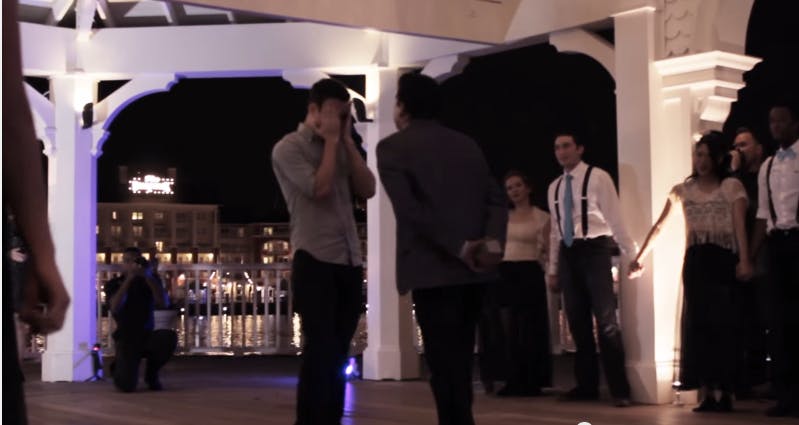 OK, so it’s cheesy, not to mention that it’s not exactly spontaneous—the video ends with a minute-long list of “credits” for those involved with the “project.” Assuming this isn’t branded, it’s also pretty much the best free commercial ever for Disney World’s Boardwalk Resort (which, by the way, is easily one of the top three luxury resort properties at Disney World and is within walking distance of EPCOT Center, just saying.)

If you’re the type of person who’s nauseated by anything reeking of Disney-infused commercialism, you’ll probably give Gavin and Patrick six months tops. But if you believe in Disney magic at all, you know their love will last a lifetime.