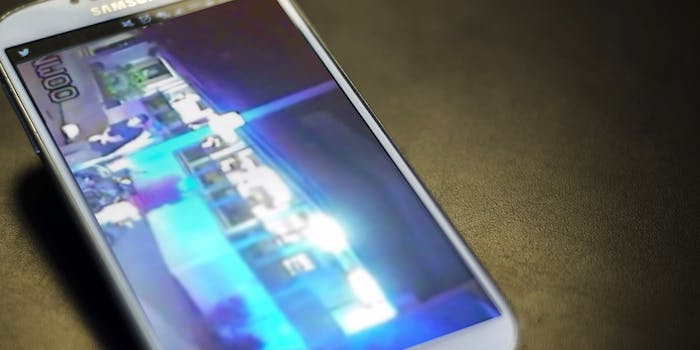 A judge had to order them to release the video evidence.

A dash-cam video released this week to comply with a court order shows shows three Gardena, California, police officers shooting two unarmed Latino men, one of whom later died from his wounds.

The video’s release is the result of a months-long legal battle between the victims and Gardena city officials, who wanted to keep the tape private. The victim’s attorneys said they assumed that the video would be released after the city settled a lawsuit over the case for $4.7 million. Officials argued that releasing the video would cause a “rush to judgement” about the officers’ actions.

“The fact that [the authorities] spent the city’s money, presumably derived from taxes, only strengthens the public’s interest in seeing the videos,” Judge Stephen Wilson of the U.S. District Court for the Central District of California wrote in his decision. “Moreover, defendants cannot assert a valid compelling interest in sealing the videos to cover up any wrongdoing on their part or to shield themselves from embarrassment.”

Ricardo Diaz Zeferino, 34, was shot and killed by Gardena police on June 3, 2014, at roughly 2:30 a.m., while helping his brother search for a bicycle stolen outside a CVS Pharmacy. The theft was called in to police, but officials say the dispatcher mistaken told the officers that a robbery had taken place, which led them to believe that a weapon could be involved.

Police Sgt. Christopher Cuff mistook two men riding bicycles for the thieves and stopped them, according to a prosecutor’s report. Diaz Zeferino soon approached the officer, yelling. He was then ordered by the officer to stop his approach and put his hands above his head. According to one of Diaz Zeferino’s friends, he was attempting to tell Cuff that he had detained the wrong suspects.

Three additional officers arrived, emerging from their cars with guns drawn.  The video shows Diaz Zeferino repeatedly dropping his hands. “You do it again, you’re going to get shot,” one of the officers yelled, according to a Los Angeles Times story that cited a district attorney’s memo.

After taking four steps forward, Diaz Zeferino removed his baseball cap and lowered his hands; when he raised them again, three of the officers opened fire.

Diaz Zeferino died as a result of the gunfire. One of the other men being detained, Eutiquio Acevedo Mendez, was “inadvertently” struck by a single round, according to officials, which left bullet fragments near his spine.

City officials defended the officer’s actions by arguing that they were standing at an angle that prevented them from observing what was in Diaz Zeferino’s right hand. Rosa Alarcon, the deputy district attorney, noted in her memo that an autopsy revealed high levels of alcohol and methamphetamine in Diaz Zeferino’s system, which may have contributed to his disregard for Cuff’s orders.

The officers involved in the shooting are reportedly still on patrol. The Los Angeles County District Attorney has decided that the shooting was justified.

Following Judge Wilson’s ruling to release the video, the city of Gardena appealed the decision to the U.S. Court of Appeals for the Ninth Circuit, which stayed Wilson’s order. By then, however, the video had already been posted online by dozens of news agencies and spread widely over social media.