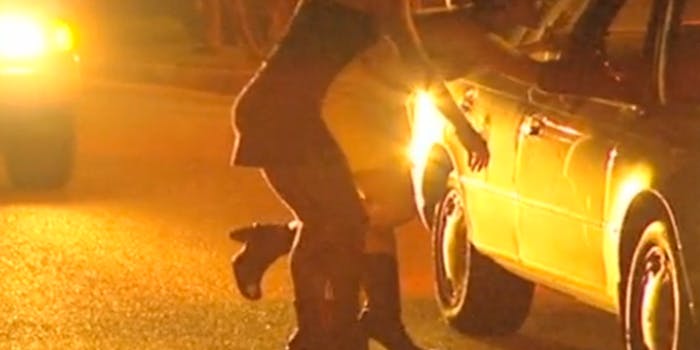 Police say gangs are stalking Facebook pages of young girls in an attempt to lure them into the dangerous prostitution lifestyle. Gang members search the social networking site for seductive-looking girls who bare a lot of skin, and bait them into their groups.

“They con someone vulnerable into meeting them somewhere and work a relationship,” said a San Antonio police detective to KENS-TV. The police department said gang members also search Instagram for potential girls to target.

The police department is warning parents that friend requests from people they don’t know is a warning sign. Gang members initially bait the girls by acting very nice, then reportedly hook the girl on drugs and book customers.

Gangs earn a huge monetary windfall for each girl they bring in. Police estimate that each prostitute could make hundreds of thousands of dollars for the gangs. More alarmingly, police say gangs have lured a girl as young as 12 years old.

“Not every child needs access and such freedom to chat with strangers that could do them harm,” said the detective.