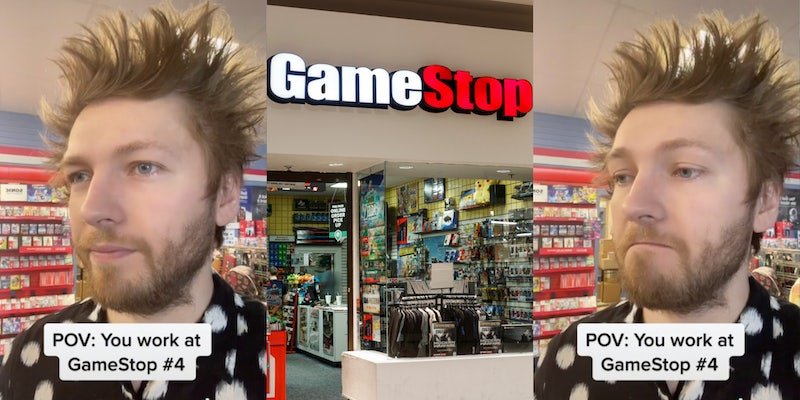 ‘How was I supposed to know she was going to die’: GameStop worker says asking for time off from work requires a week’s notice, even if for Grandma’s funeral

'My old job was 3 months minimum, otherwise you weren't getting it.'

Losing a loved one is one of the most traumatic events one can experience. Having to deal with a loss while simultaneously dealing with legal issues and organizing a funeral is stressful enough on its own, which is why most countries have laws granting bereavement leave on a national level.

In the United States, there are no federal laws granting time off to grieve or attend a funeral. This leaves workers at the mercy of their employers, who could – if they see fit – deny any such requests.

According to a 2016 study by the Society for Human Resource Management, very few organizations offer paid bereavement leave, while one out of 10 doesn’t offer any at all.

One TikToker has posted a video alleging GameStop would deny bereavement leave because they have a one-week notice policy on time off.

In the video, Cody Colvin (@collvin) films a re-enactment of an alleged conversation he’s had with GameStop management. It is accompanied by the overlay text, “POV: You work at GameStop #4.”

“I actually need the request time off tomorrow. It’s for my grandmother’s funeral,” Colvin re-enacts in the clip.

“Sorry, you got to request off a week in advance,” he replies as the manager.

“Well, how was I supposed to know she was going to die,” Colvin retorts.

“Not my problem, now get to work so you can get that candy we promised you,” the manager responds.

It is unclear whether the video is based on a real conversation Colvin’s had or if It’s an exaggeration aimed at making fun of the one-week notice policy.

Viewers went to the comments section to share similar experiences. One commenter claimed Walmart asks for three weeks’ notice for paid time off while another claimed his company expects as much as three months advanced notice.

“My old job was 3 months minimum, otherwise you weren’t getting it,” they wrote.

Another commenter alleged he’s also had a negative experience working for GameStop, writing, “I lasted 1 month as a manager with that horrible company just found out the training manager I had quit after I did and the DM was fired.”

The DailyDot reached out to Colvin via TikTok comment and to GameStop via press email.