Even if you’re not a hardcore gamer, you’ll appreciate the wallop of nostalgia that these retro game cartridge flasks pack.

The flasks come in three designs that pay tribute to some of the greatest games of Nintendo’s past. Just fill with your liquor of choice and you’ll have a discreet way to get the party started anywhere you are. But let’s be real, you’re going to want to show off this amazingly cool conversation starter. 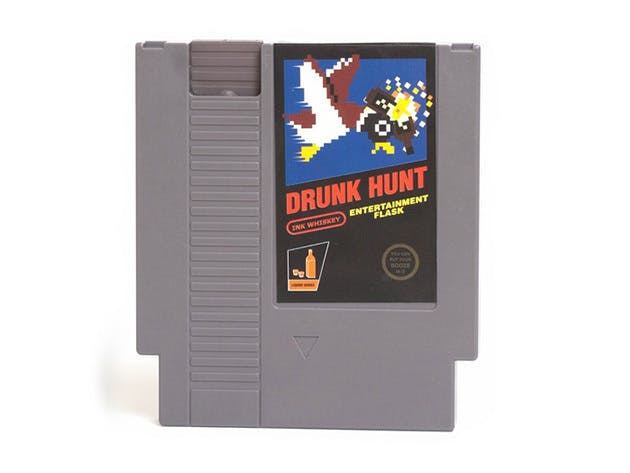 In case it wasn’t obvious, the Drunk Hunt game cartridge flask draws inspiration from the classic NES game, Duck Hunt. It’s made from food-safe plastic, with room for six ounces of your favorite spirit. You can easily wash it by hand, and at less than one inch thick, it slips neatly into a jeans pocket. 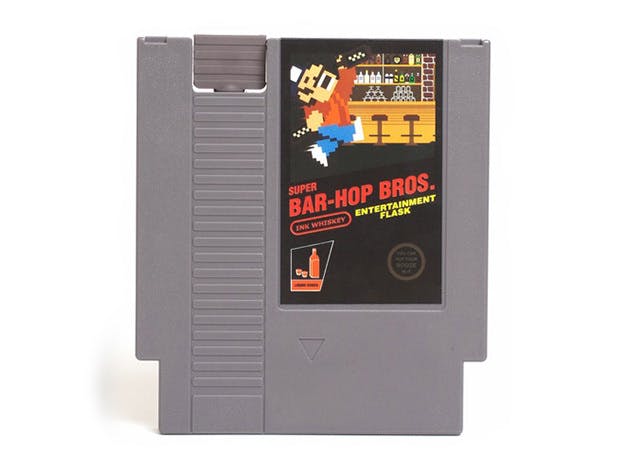 The Super Bar-Hop Bros. game cartridge flask tells the story of two intoxicated plumbers who like head-butting bricks in the hope that they might release coins. Once again, the flask is BPA-free and easy to clean. 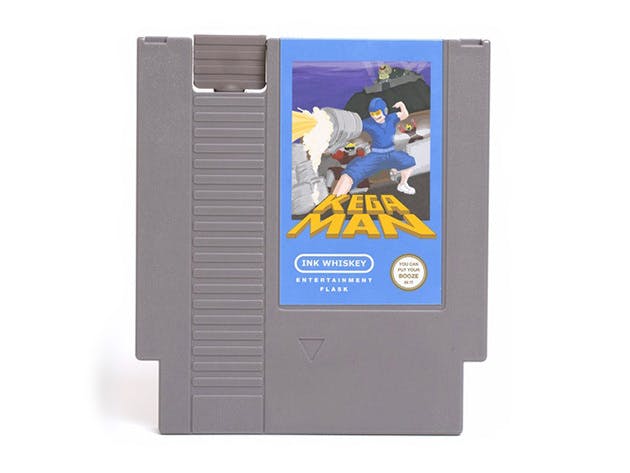 Remember Mega Man? The blue jumpsuit-wearing, cannon-blasting warrior? The Kega Man game cartridge flask pays homage to our robot-defeating hero, who has swapped explosives for beer as his weapon of choice.

Apart from the tweaked names and suds-filled graphics, these flasks totally look like the real thing. You can grab these amusing flasks through the Daily Dot store for $18.99 for a limited time. The price includes free shipping to the continental U.S, as well as fun times to be had by all.