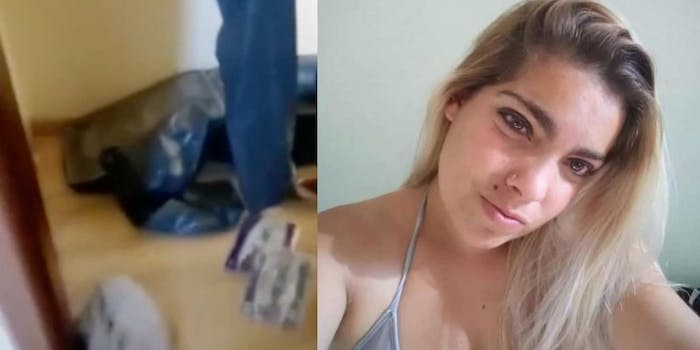 Her remains were reportedly stuffed into a suitcase, which was eventually found by workers.

A 21-year-old woman’s dismemberment was reportedly filmed by Brazillian gang members accused of killing her.

The gang members allegedly killed Gabriela Lima Santana, dismembered her, and stuffed her remains into a suitcase. The suitcase was eventually found in a drainage ditch by workers who were attempting to remove garbage from the area. They were reportedly trying to get the luggage out of the ditch when one of Santana’s limbs fell out and floated to the surface, according to the Sun, which cited numerous local outlets throughout its report.

Santana was reportedly identified via her fingerprints and tattoos, one of which is allegedly associated with a gang, according to the New York Post.

Police previously obtained a video in which a woman—now believed to be Santana —was being dismembered by a person smiling inside a bathroom. A 23-year-old was allegedly recording the video. Caboco shared a portion of the video in its report on the incident.

Santana was first reported missing on March 13, according to the Sun. It is suspected that her death is gang-related and was an act of retaliation.

Police reportedly arrested the 23-year-old filmer and another suspect. They are still seeking two other suspects.