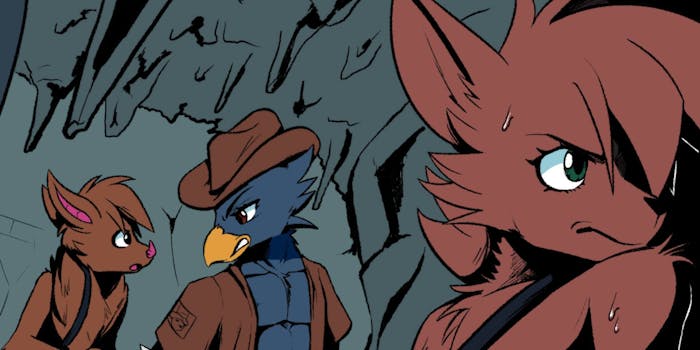 Have sex with a wolf or end up in a dragon's stomach. 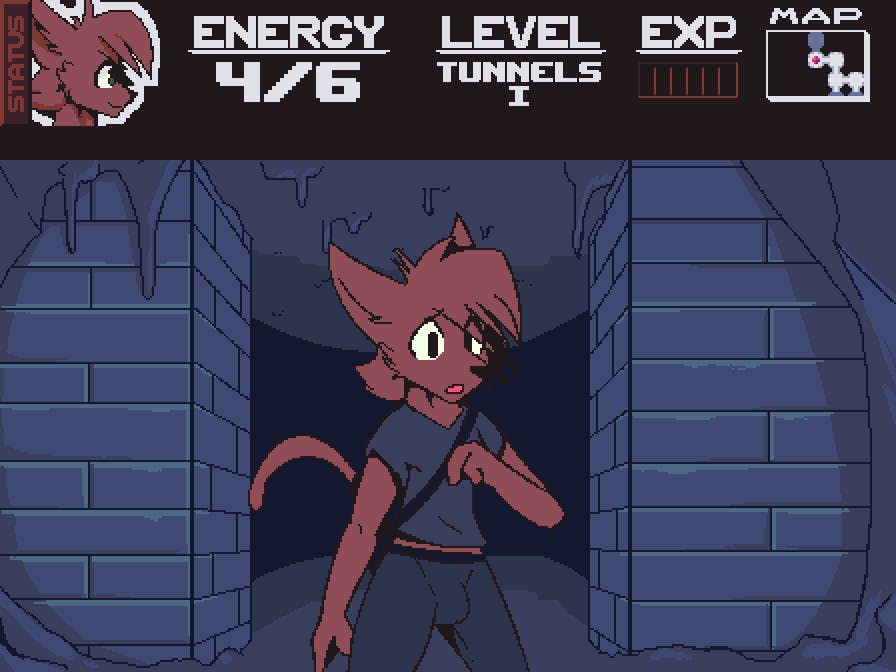 Heavily influenced by The Legend of Zelda: Link’s Awakening, furry artist carpetwurm’s Thirstchasm tasks players with fighting through sprawling tunnels filled with dangerous creatures and powerful bosses. The game features plenty of kinky, animated male-on-male sex scenes, partially inspired by carpetwurm’s interest in iconic cartoonist Don Bluth. While Thirstchasm is no longer in development, its creator is now working on a successor, , which features nonlinear gameplay and a complex world to explore. 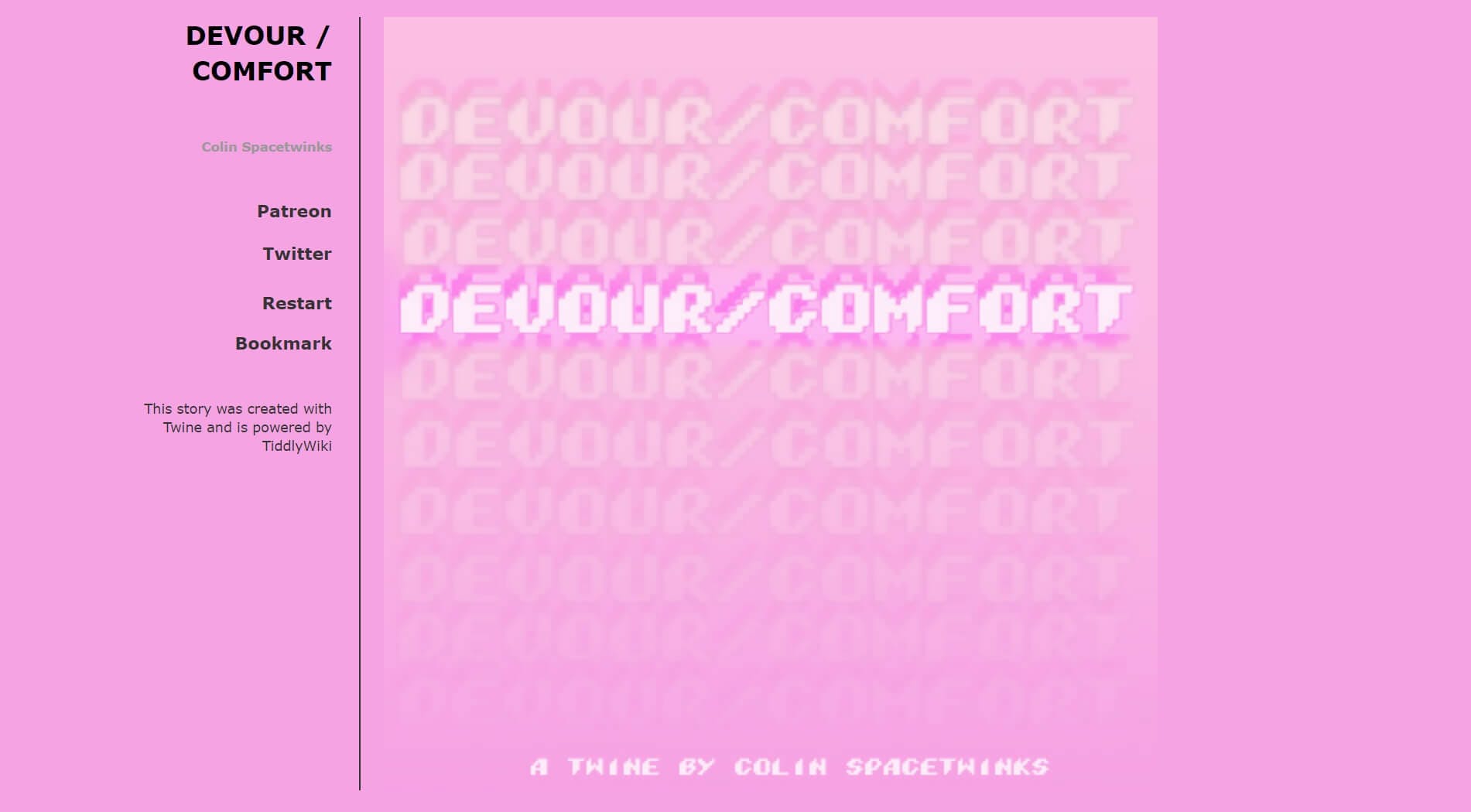 Colin Spacetwinks’ Twine game DEVOUR/COMFORT isn’t your average adult game, nor is it as explicit as the other games on this list. But it’s definitely one hell of a Twine game exploring both vorarephilia (aka vore, or eating fetishes) and sexual intimacy between play partners.

DEVOUR/COMFORT casts the player as a nameless figure who wants to be (temporarily) eaten by an enormous, plant-like dragon. Unlike many vore-themed stories, DEVOUR/COMFORT is all about the consensual negotiation that takes place between a willing partner and the powerful creature they want to envelop them. It simultaneously provides an enticing macro vore tale while ruminating on intimacy, vulnerability, life stress, and navigating our most complicated desires through fetishism. It’s sweet, touching, and yes, if you’re into vore, ridiculously hot.

“DEVOUR/COMFORT’s gameplay basically consists of talking to a dragon and seeing if she likes you enough that she’ll vore you for awhile,” Spacetwinks tweeted in 2017. “If you’re kind of a dick or dishonest about your motivations, she won’t vore ya!”

if you're kind of a dick or dishonest about your motivations, she won't vore ya! 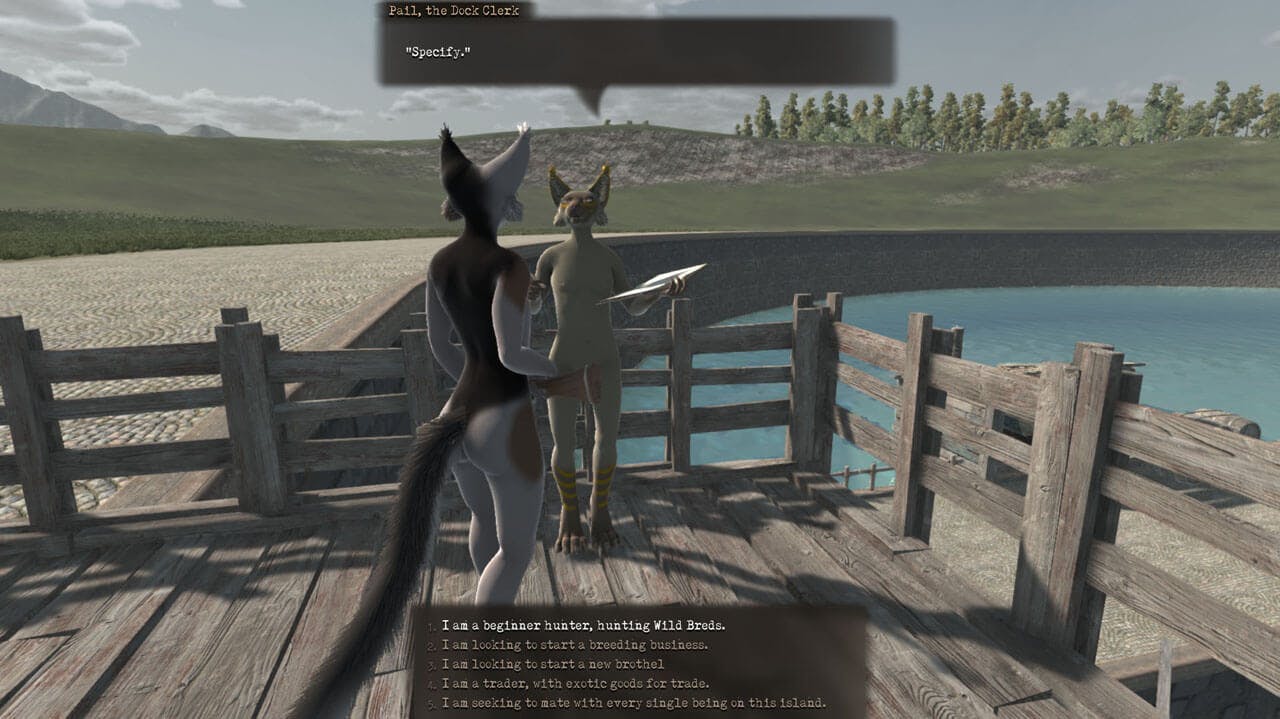 For more information, check out the game’s Patreon page. 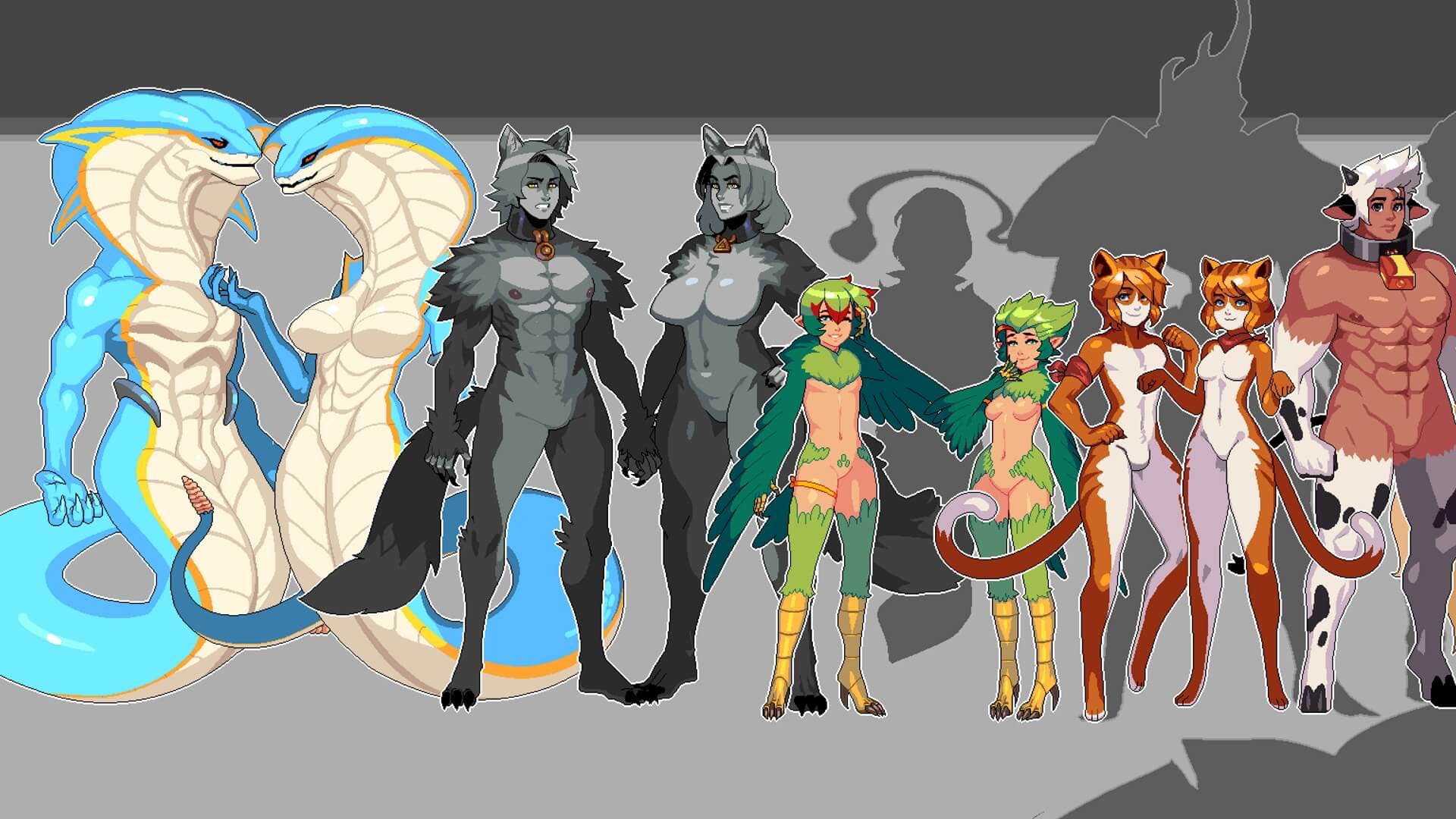 In Team Nimbus’ upcoming RPG, players star as a male or female farmer tasked with growing their local town. As it turns out, this involves raising crops, exploring the outside world, and breeding extremely attractive male and female monsters. Species vary from catboys and catgirls to wolves, harpies, cows, centaurs, crabs, dragons, chimera, and more. And players can have plenty of sex with their monster of choice, complete with straight and gay pairings. It’s basically Stardew Valley meets FAKKU.

While Cloud Meadow is still in development, players can check out the game’s public work-in-progress on Team Nimbus’ Patreon account or pay a nominal fee per month for private, pre-release builds. For more information, visit the game’s official website.