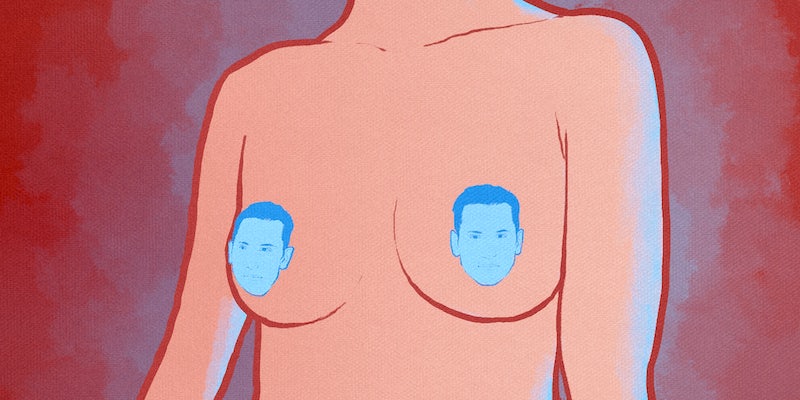 Matt McGorry has a brilliant take on the #FreeTheNipple campaign

The #FreeTheNipple campaign started with a hashtag and has quickly spawned a film, a mass of celebrity supporters, and a hilarious trend of women photoshopping male nipples over their breasts online.

Now Orange Is the New Black’s resident male feminist, actor Matt McGorry, has joined in with a hilarious twist. In a steamy shirtless selfie posted to the former bodybuilder’s Facebook profile on Wednesday, McGorry cut out pics of two famous women’s nipples—Miley Cyrus and Chrissy Teigen, to be exact—and photoshopped them onto his own chest. 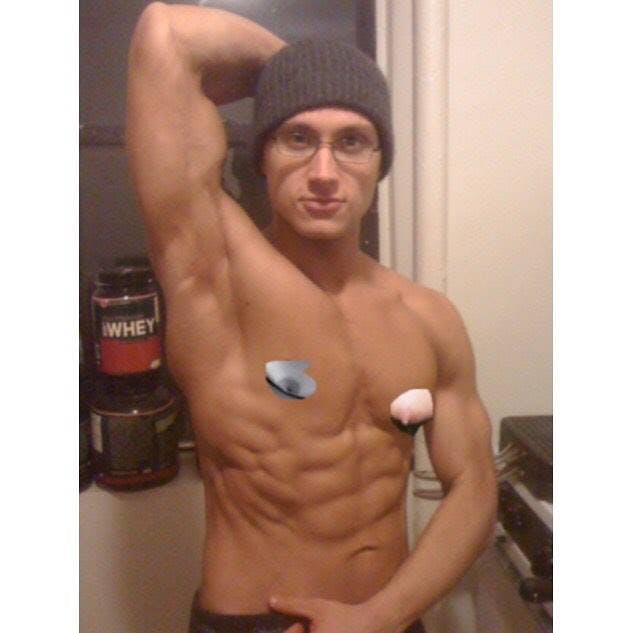 “Can’t you tell by how perverse my photo has become,” joked McGorry in the post, “Without my asexual male nippies?”

While the picture is… titillating, indeed, McGorry went on to make a serious statement about the ways women are treated differently in our culture.

“You might be thinking to yourself, there are way more important issues out there than women being able to expose their bumpy buttons whenever men can. But it’s not just about getting an even tan; it’s one piece of the puzzle of creating deep change in the way our society objectifies women and creates these different standards for men and women (and other genders)… At the heart of it, it’s simply about gender equality and equal rights.”

It’s not the first time McGorry has chimed in about inequalities when it comes to who’s allowed to walk around half-naked and isn’t. On Monday, he posted this cartoon showing a woman and man dressed exactly the same at the beach.

McGorry is quickly branding himself as the ultimate male feminist: In June, he showed the world how to be an ally to trans women; In March, he posted the definition of the word “feminism” to his Facebook account and declared himself a feminist; and in April he posted this sexy bedroom video of himself talking about equal wages. He even shot a Daily Show-esque exploration of male feminism back in May with Mic‘s Liz Plank.But arguably the best thing about McGorry—besides his crazy hot, personal trainer bod, and his devotion to spreading the feminist gospel—is that he’s not afraid to make fun of himself. That’s exactly what he did in a June 5 College Humor video parody of McGorry’s “leaked Magic Mike 2 audition.”