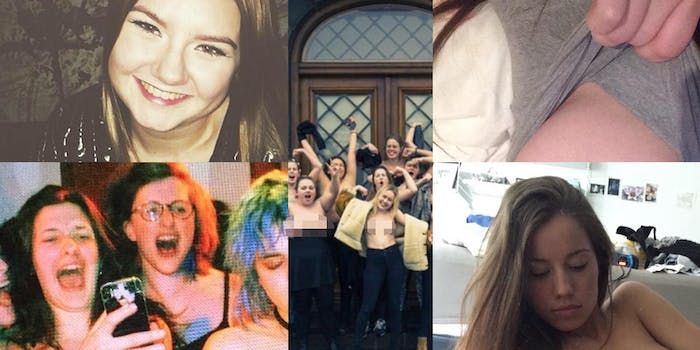 These badass Icelandic women are going topless for feminism

It only took one courageous selfie to start a national movement.

This article may be NSFW.

It only took one courageous selfie to start a national movement of Icelandic women going topless for feminism.

Seventeen-year-old Adda Smáradóttir, a student at the Commercial College of Iceland in Reykjavik, wanted to show her frustration with the rampant censorship of women’s bodies on Instagram and Facebook, often without consistency or even without any violation of rules. So she took to Twitter to share a single close-up photo of her nipple.

Little did she know she was about to start a national revolution.

The Icelandic media outlet MBL.is reported that as soon as she shared her photo, Smáradóttir received negative comments from two male viewers. She was also informed that sharing the picture could hurt her chances of studying abroad as an exchange student in Costa Rica.

Disheartened, she deleted the tweet. But a few moments later, after calling out the double standards faced by topless women vs. topless men, she changed her mind and reposted it, along with the popular feminist hashtag #FreetheNipple.

Supporters of her display of confidence quickly began retweeting, and soon other women began to join in. 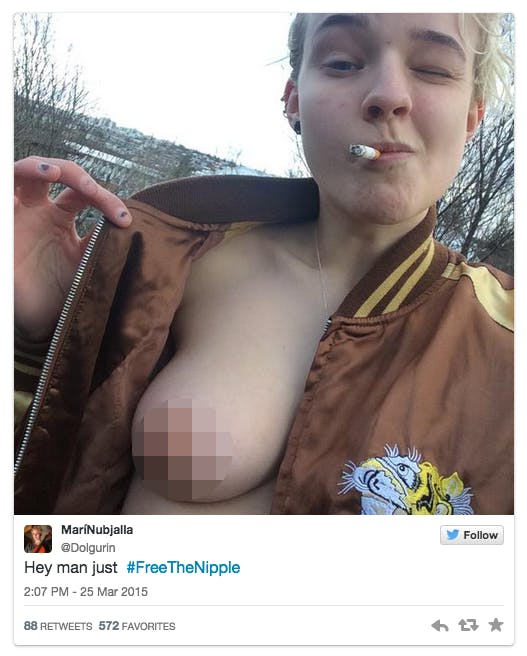 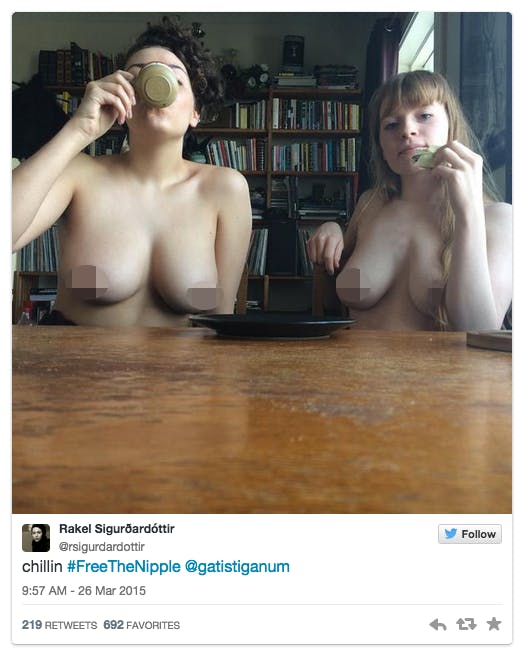 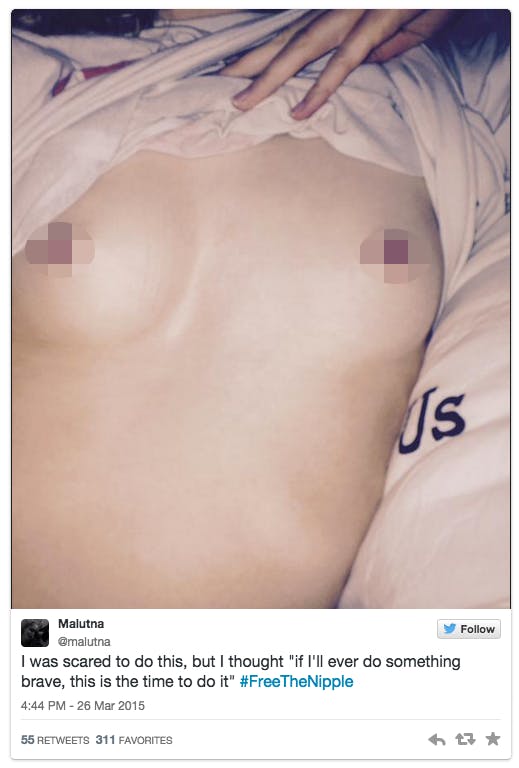 Of course, some citizens were disgruntled by the movement.

But others pointed out that even in a country known for its feminist values, there’s a double social standard that allows men to go topless in public without censure. 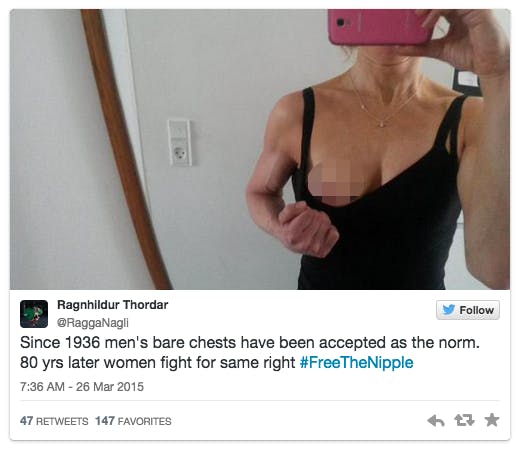 As for Smáradóttir, she remained at the center of the movement, sharing links to the national coverage on her Facebook page and Instagramming a photo of herself speaking at an event in support of greater sex education for Icelandic schools.

On Twitter, however, users were first surprised and frustrated to discover that although Iceland was hosting a legitimate breakout Twitter trend, there was no way for other users to find and follow it because Twitter did not have “Iceland” listed as a trend-searchable region. The realization spawned a sub-hashtag: #TwitterRecognizeIceland.

Iceland doesn't exist on Twitter. Not cool, @dickc. Not cool at all.

Hey @twitter add Iceland to the Trends section! You're missing out on all the fun! Plus, it's very rude. #TwitterRecognizeIceland #Iceland

Twitter thus far does not appear to have heard the nation’s cry. Iceland still does not show up in a list of searchable locations under trends.

Still, if there’s one thing this week has shown, it’s that the people of Iceland aren’t easy to silence—especially not women being censored on social media.