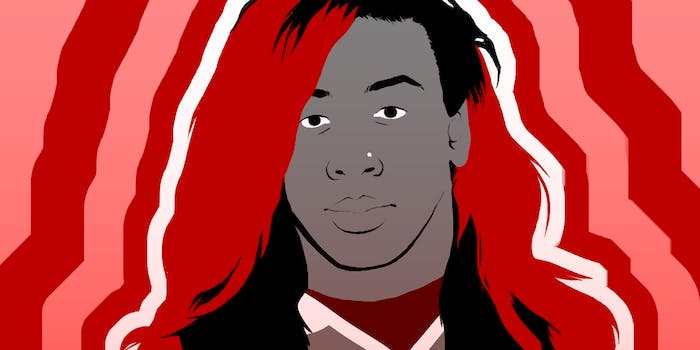 The trans woman of color was thrown in jail after hotel staff wrongly assumed she was a sex worker.

The LGBT community, led by a San Francisco Lutheran pastor, has come together online to raise bail money and attorney’s fees for a young transgender woman of color who they believe was unjustly arrested in Iowa.

The LGBT community sees this as the latest case of “walking while trans”: The phenomenon occurs when a trans woman is engaged in otherwise normal activity, and a bystander assumes she’s engaging in sex work because of the way she looks.

It happened to Monica Jones, jailed for “manifesting prostitution” in 2013, and it happened to Briana Sandy when she was kicked out of an Arizona bar because the staff assumed she walked over from the adult bookstore nearby.

This time, it’s a 22-year-old Illinois student named Meagan Taylor, who was visiting Des Moines, Iowa, with another trans friend. When the two checked into the Drury Inn last Monday, the staff there assumed the two were engaging in prostitution and called the police. They determined that no prostitution was occurring, but Taylor was arrested anyway, because police found hormone therapy medication in her bag—and because she didn’t have a physical copy of her prescription with her. 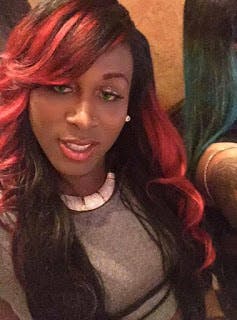 Taylor was charged with both “malicious prosecution,” and being in possession of prescription drugs without a prescription. After her arrest, police found an Illinois warrant related to a credit-card fraud charge Taylor had incurred at age 17 and still owed money on.

Because she lives out-of-state, her entire bail has to be paid in full, or she’ll remain in a solo cell in the Des Moines jail until August 25. To make matters worse, Taylor says she can’t prove she has a valid prescription for her medication until she is released.

Taylor’s arrest has enraged the LGBT community, who see evidence of trumped-up charges and gender profiling. San Francisco-based pastor Rev. Megan Rohrer, the first openly trans minister in the Lutheran church, decided to take manners into their own hands. Rohrer (who prefers to be referred to with the pronouns “they” and “their”) created an online fundraiser and spoke with Taylor via a webcam brought to her cell. 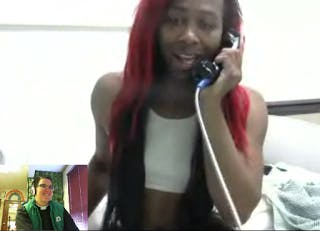 “What happened to me, was definitely based on my gender,” Taylor told Rohrer from the single cell in which she is being housed separately from the male and female populations. “Transgender people are being gender and racially profiled, and it has to stop.”

Rohrer’s San Francisco Welcome Ministry is working on securing Taylor’s release today, if possible. As of Monday morning, the campaign successfully raised $4,307—$500 more than the $3,800 goal—that will go towards bail and outstanding fees from Taylor’s teenage warrant. Rohrer said in a press release that Taylor’s arrest is something that could happen to any trans person.

“Raised in the Midwest and a frequent traveler,” Rohrer writes, “I often fear that what happened to Meagan will happen to me. I hope Meagan’s story raises awareness, so that this never happens in Iowa or anywhere else in the country again.”

On Sunday, the Des Moines LGBT community protested outside the Drury Inn, where a staff member first called police on Taylor. Twitter users joined in by tweeting at the hotel chain, demanding answers that so far have not been supplied.

Protest today in support of #MeaganTaylor, black trans woman who was profiled for being trans and arrested in Iowahttps://t.co/8NIxn36Gqc

@DruryHotels I'll be avoiding your hotels & telling others to do the same until you publicly apologise to #MeaganTaylor & educate all staff.