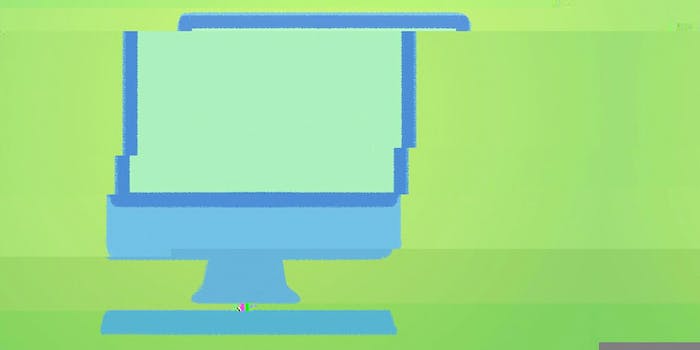 If you support anti-gay Kentucky county clerk Kim Davis, prepare to get trolled.

A clever prankster has purchased a seemingly pro-Davis URL that directs visitors to donate to the LGBT-rights group Human Rights Campaign.

While Davis sits in jail, serving time for contempt of court after refusing to comply with a federal order directing her to issue marriage licenses to same-sex couples, protestors are clamoring to free her—even though her actions were illegal and prevented some Kentucky couples from acquiring marriage licenses for months.

But one brilliant, anonymous person is one step ahead of those protestors. On Sept. 3, the day Davis was arrested for contempt of court, a mystery prankster registered the domain FreeKimDavis.com and has directed it to the HRC donation page.

Because fundraising sites like GoFundMe don’t allow campaigns to raise money for people who are in jail or prison, the hijacking of FreeKimDavis.com is seen as a major blow to her supporters as they begin calling for her release.

The prank was first noted on Tuesday by conservative blogs like Daily Caller and Christian News Network, which were quick to assign blame for the stunt to HRC itself.

And while the headline on Daily Caller’s story simply reported that the site redirects to HRC, the article’s URL stated that HRC purchased FreeKimDavis.com as well.

In a quick phone call to HRC on Tuesday, a spokesperson denied the organization’s involvement and said that HRC had no connection to the domain.

The person or group hid their identity when registering the domain, according to whois records.

On Twitter, the stunt was largely celebrated, with many applauding the mystery person who bought the domain and blocked Davis’s supporters from using it to fundraise for her release.

While no one has stepped forward yet to take responsibility for the domain purchase, a @FreeKimDavis parody Twitter account was also launched on Sept. 3 and links to the website in its bio.