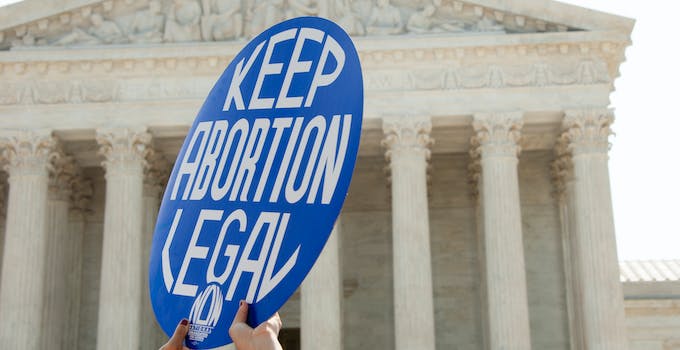 'There are already so many barriers to access this necessary procedure.'

This year’s hurricane season has been remarkable for the United States. After Hurricane Harvey hit Texas, thousands of locals were uprooted from their homes, residential and commercial areas were submerged under floodwater, hundreds were injured, and dozens of casualties were reported by authorities. In addition to such chaos, medical facilities, including those centered on providing reproductive health care, were shut down due to the hurricane, leaving behind patients in dire need of professional help. In response, some clinics in Texas are offering free abortion care after Hurricane Harvey — a philanthropic act many will be grateful for.

Whole Woman’s Health, a private feminist organization, published a post on its blog and shared information with its readers, declaring that the organization planned to provide cost-free abortion care for those who had planned to get an abortion prior to Hurricane Harvey’s arrival. In its post, the organization acknowledged that access to abortion and relevant services in the state of Texas was already replete with hurdles and that Harvey had made matters only worse.

“Unfortunately, we know all too well that abortion can be difficult to access in some parts of the country, especially in Texas,” the post read. “There are already so many barriers to access this necessary procedure, and natural disasters stand in the way of women getting to their appointment and/or being able to afford care.”

The post also offered helpful information on how women can contact the organization through its “EmpowerLine” while financially-able readers were encouraged to donate to the organization’s in-house fund.

Whole Woman’s Health’s generous offer seems to be a miracle in the state of Texas where Gov. Greg Abbott recently supported a bill that demanded women to finance an additional health insurance premium for abortions that were deemed “non-emergency.” To further exacerbate affairs, the bill did not include abortions in the case of rape, incest, or biological anomalies occurring in the fetus.

The organization wrote that it would finance services toward abortion care by using donations in its own fund called the Stigma Relief Fund. In addition to its very own Stigma Relief donations, the organization pledged to make use of the Texas state’s fund known as the Lilith Fund, to cover costs that would potentially go into financing the patient’s travel and accommodation.

We often forget that natural disasters have very real and undeniable consequences for women on logistical levels. But Whole Woman’s Health’s offer to help women seeking abortion care — without charging them a cent — shows that in spite of the state’s attacks on women’s reproductive health care and a terrifying hurricane, it doesn’t plan to give up supporting women in need.