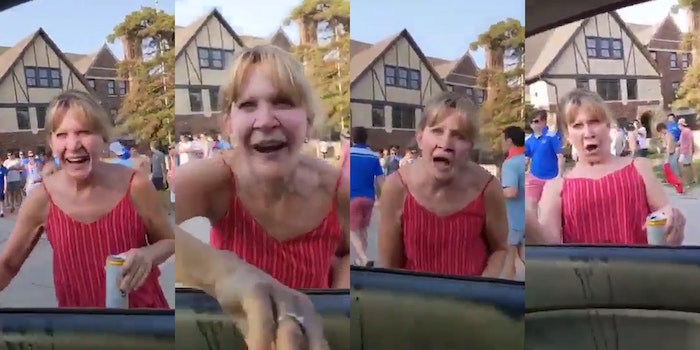 The video led to action by the university.

A group of unmasked University of Kansas frat bros and their “frat house Karen” are seen arguing and taunting with the driver of a recently viral video.