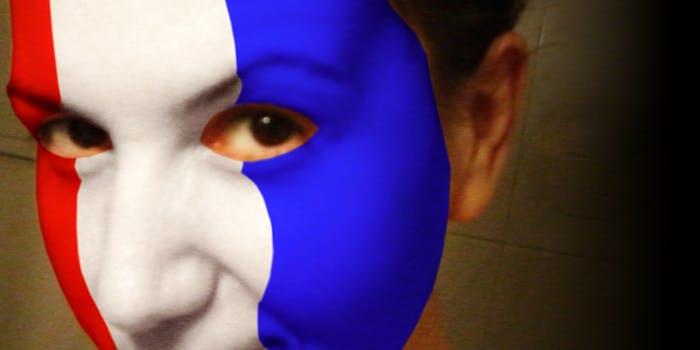 The French national soccer team was down 0-2 to Ukraine early in the game, and in dire need of some stimulation.

With France’s 2014 World Cup hopes hanging in the balance Tuesday, famous French pornographer Marc Dorcel made the team and his countrymen a promise: If the team won the game and secured a place in the greatest soccer tournament on the planet, he would grant free access to his video-on-demand service.

The only problem was that Dorcel’s site wasn’t ready for the resulting wave of traffic. From about 11pm to 4am, Dorcel.com was down.

“What a peak in traffic!” Dorcel tweeted, according to a rough translation from Google.

Another French citizen forced to make good on a World Cup wager was weatherwoman Doria Tillier who promised to strip down on TV if the team qualified. The 27-year-old fulfilled her promise Wednesday when she stripped down and ran around a picturesque French countryside. Since the video was shot so far away from Tillier, it’s fairly safe for work.

The 2014 World Cup begins on June 12 in Brazil. One can only imagine what Dorcel will do if the French team wins the entire thing.