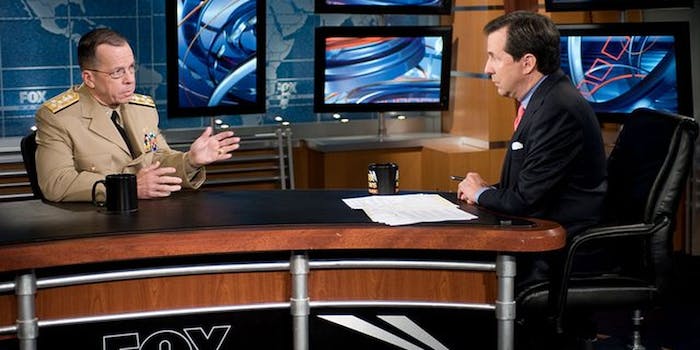 This one supercut shows just how sexist Fox News can be

"Know your role and shut your mouth!"

Women are sluts, hoes, taking over the world, and belong in the kitchen. Why? Because Fox News.

Media Matters for America, a liberal-leaning media watchdog group, released a new supercut of the, shall we say, regressive statements about women that are thrown around by Fox News anchors and guests on a daily basis. There are 70 examples, among them doozies like the host who wore “caveman” cufflinks depicting women being dragged by their hair on-air to sartorial advice like “To be taken seriously, you can’t wear skintight jeans.”

Next time you need an adrenaline rush before kickboxing class, check out this video for a rage watch-fueled rush.