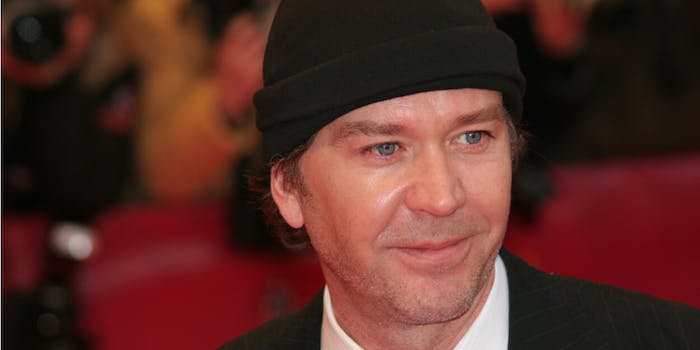 Sera Johnson says the actor assaulted her when she was 14.

Fox has canned Almost Family a day after former model Sera Johnston publicly accused actor Timothy Hutton of raping her when she was 14.

The show, based on the Australian drama Sisters, premiered in October and received less than stellar reviews. Hutton stars in the show as a fertility doctor who used his own sperm to impregnate his patients.

The show received flack for failing to address the seriousness of the numerous assaults Hutton’s character had committed. Now, the real Hutton is facing serious allegations.

BuzzFeed News on Monday reported that Johnston, a former model and child actor from Canada, shared graphic details of her alleged 1983 rape.

Johnston told BuzzFeed that Hutton raped her in his hotel room when she was 14. According to Johnston, the actor and his friends convinced her and two other young girls to come back to his hotel room where he reportedly raped her while another man watched.

“He was getting very close to me, like, you know, really kind of sidling up to me, and petting my legs and stuff,” Johnston told BuzzFeed. “I was just, like: I think this is going to be bad. I was really wrong about this.”

One of the other girls, who asked to be identified as C.B., told BuzzFeed she was also brought to the hotel room and heard sounds of distress from the room that Johnston and Hutton entered.

Johnston first accused Hutton of rape in 2017. Johnston said at the time, she almost agreed to a settlement, but she decided last minute not to go through with it. Hutton’s team is using this to back the claim that Johnston is lying.

In a statement to BuzzFeed, Hutton’s lawyer said that Hutton “will not spend one more minute dignifying these allegations as they are patently false and designed only to extort money from him.”

Hutton’s lawyer also claimed that Johnston “provided salacious, heinous, and graphic details of this made-up sexual encounter that supposedly occurred 36 years ago. Although these were disgusting details any smut fiction writer could conjure up.”

Representatives for Johnston and Hutton did not immediately respond to the Daily Dot’s request for comment.