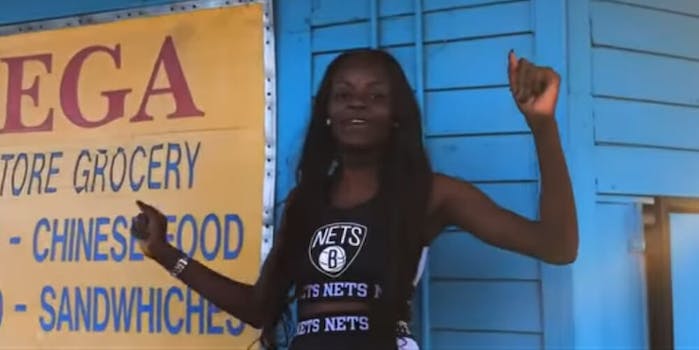 27-year-old bounce rapper and viral sensation GameOva Reedy was arrested last week for alleged child desertion after trying to get a Lyft driver to take her son to school without her.

The New Orleans based bounce rapper, whose legal name is Reiona Oliver, is best known for popularizing the viral “For the Dick” challenge in 2017, in which rappers freestyled about the lengths they would go to in order to get that dick. Artists as big as Cardi B and Erykah Badu took part in the “For the Dick” challenge, immortalizing both the challenge and Oliver in people’s minds as a part of internet history.

Oliver is back in headlines two years later, though for less positive reasons this time. According to the Lyft driver, Oliver put her 5-year-old son in his car and told the driver to take him from her home in Chalmette, Louisiana, to his school in New Orleans. The driver tried to tell Oliver that he couldn’t drive a child anywhere without an adult present, but Oliver reportedly ignored the driver, walked back in her house, and refused to come back outside. The Lyft driver ended up taking Oliver’s son to the sheriff’s office and told them what had happened. Deputies then went to Oliver’s home and arrested her.

According to the Root, Oliver said in a deleted Instagram video that she’d been told it was OK to put her child in a Lyft, and that she tried to do so because she was too sick to bring her child to school. The Lyft page on safety policies says unaccompanied minors are not allowed to travel in Lyfts, and informs drivers of how to report requests to transport people under the age of 18. If Oliver is found guilty of child desertion, she may face up to six months in prison.