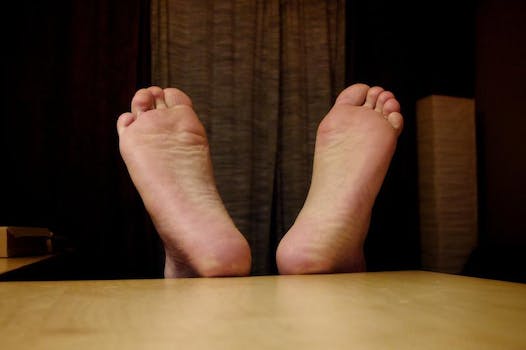 This is far from anatomically correct.

What is a Vajankle, you ask? It’s an extremely lifelike vagina embedded in an equally realistic-looking prosthetic foot. 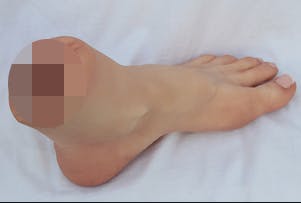 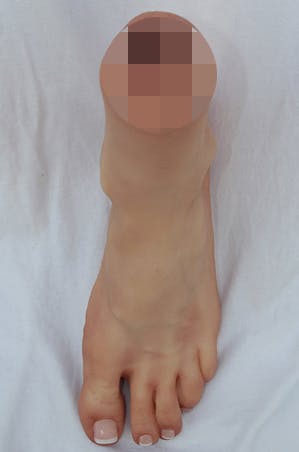 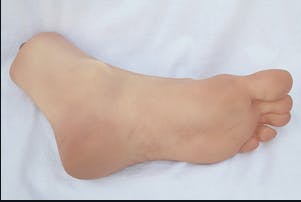 The $179 silicon Vajankle is available in eleven colors, including “cream,” “peaches,” “honey,” and “chai.” You can either buy an individual Vajankle or a Vajankle and a “standard right foot.” 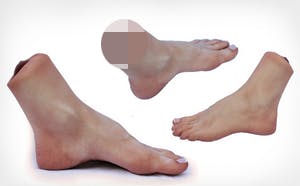 If the insane level of detail weren’t enough, you can also customize a manicure for your Vajankle, from “French” to “cherry” to “custom.”

The Vajankle is the brainchild of Sinthetics, a custom-sex-doll company whose Los Angeles warehouse we toured in April 2014. At the time, husband-and-wife owners Bronwen Keller and Matt Krivicke said they were inspired to lifecast the Vajankle from an anonymous model’s foot when one of their customers requested they build a vagina into it.

“His explanation was that he wants to be able to look at and caress the sole of the foot while he’s having sex with the vagina,” Keller said at the time. 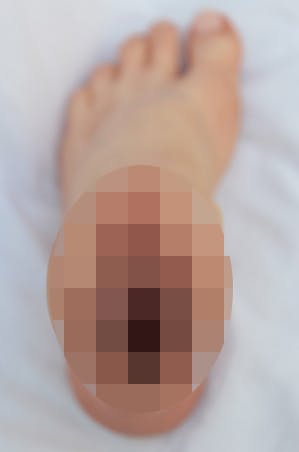 The product has since become one of Sinthetics’ top sellers among foot fetishists.

Although the Vajankle has been on the market for more than a year, it has recently recaptured the Internet’s attention, with numerous media outlets raving about the sex toy.

Still, Jezebel’s Mark Shrayber has a few questions about the Vajankle: “What do you do with the other foot? Like just rub it all over yourself? It seems like a copout to insert a vagina into one and then kind of just forget about the other.”

It’s a fair question, but in the event that you don’t know what to do with the other foot, the Internet probably has all kinds of clever suggestions.