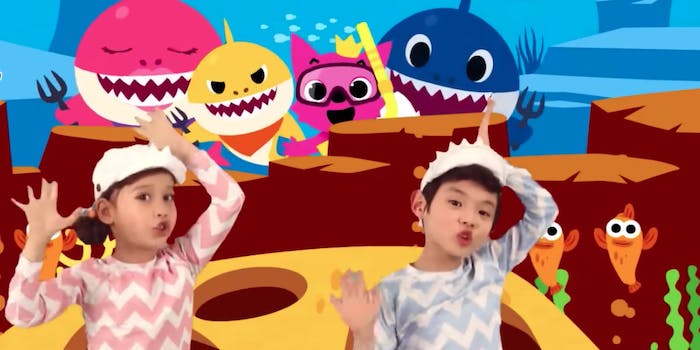 The city hopes the children's song is annoying enough to do the trick.

A Florida city is trying to deter homeless people from spending the night at one of its most profitable locations, and no, it’s not offering free housing or using shelters. The city is playing “Baby Shark” on loop, hoping it will be annoying enough to drive people away.

The location in question is a city-owned waterfront lake pavilion in West Palm Beach, which currently makes the city about $240,000 a year through events, Leah Rockwell, the city’s recreation director, told Time. Rockwell believes that keeping songs like “Baby Shark” and “Raining Tacos” on a loop is only a temporary fix and hopes trespassing laws will soon be easier to enforce.

“There’s been many other places that have played music of some sort to drive folks out,” Megan Hustings, the managing director of the National Coalition for the Homeless, told USA Today. “It’s awful that we have so little respect for the humanity of our homeless neighbors. When you hear things like songs being used, it’s turning a blind eye to people who are a part of our communities.”

Illaya Champion, a homeless man from the city, was interviewed by the local news and agreed that “it’s wrong,” but admitted that it does little to drive him away from the pavilion.

“It don’t bother me,” he told the Palm Beach Post, “I still lay down in there.”