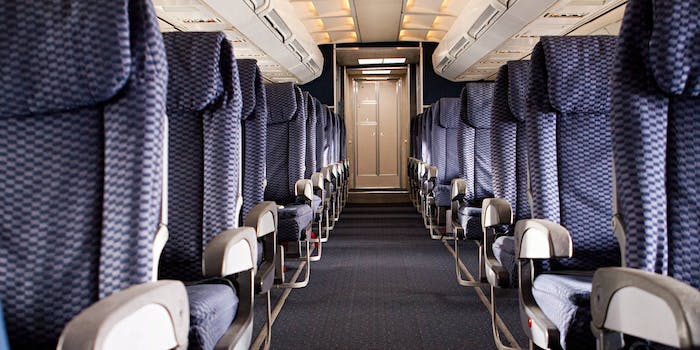 Everyone on her plane wrote words of kindness for her.

The families of those killed in Sunday’s mass shooting at Pulse nightclub in Orlando are dealing with a grief hopefully most of us will never know. But according to a post on Facebook, the crew and passengers on a JetBlue flight did their best to comfort one grandma in mourning.

The grandmother of Luis Omar Ocasio-Capo, a 20-year-old Latino man who was killed in the attack, boarded a JetBlue flight to Orlando to join her family. It’s unclear how flight attendant Kelly Davis Karas first identified this woman, but she and her coworkers did her best to make her comfortable. “Melinda and I gave her a blanket, a pillow, a box of tissues, and water so she could be as comfortable as possible. She was understandably distraught, but met us with kindness and gentleness.”

She then writes that she got an idea “to pass around a piece of paper to everyone on board and invite them to sign it for this grieving grandmother.” She and her coworker, Melinda, started the chain, and soon passengers were writing paragraphs. “When we gathered them together to present them to her, we didn’t have just a sheet of paper covered in names, which is what I had envisioned. Instead, we had page after page after page after page of long messages offering condolences, peace, love, and support. There were even a couple of cash donations, and more than a few tears.”

It’s an incredibly sweet story, which is much needed in the wake of the horror of the past few days. If you want to make cash donations, a friend of Ocasio-Capo’s started a GoFundMe campaign to help the family cover funeral expenses. In fact, there are many GoFundMe campaigns to help the families of the victims with funeral costs, medical bills, rent, and more. Because, at a time like this, no one should have to worry about making ends meet.