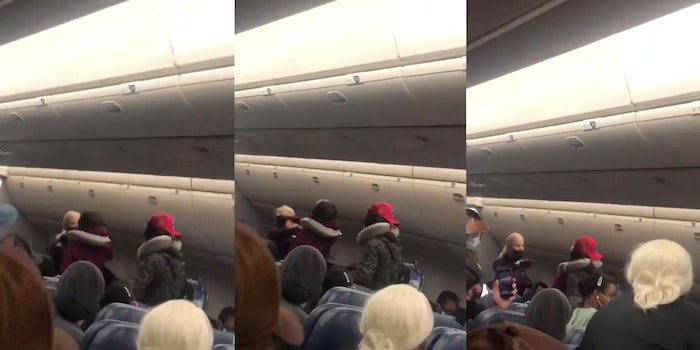 You could say there was some... turbulence on the plane.

Despite concerns that we are headed into the worst months of the pandemic, many people now consider COVID-19 to be a thing of the past. Anti-maskers are coming out in full force, often finding themselves at odds with health-conscious citizens and companies. A recent video shows one such occurrence, as an anti-masker duo refused to follow safety requirements on a Delta flight. Things got heated when a flight attendant stepped in to enforce the airline’s rules, resulting in a fistfight.