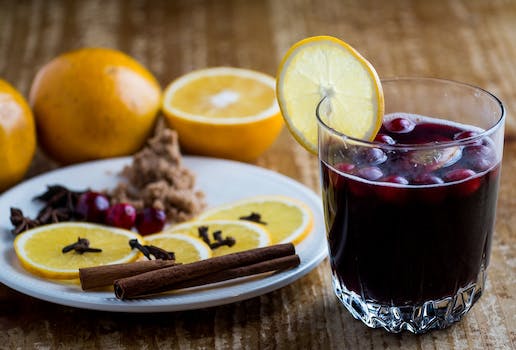 How to make these 5 essential Christmas cocktails

The holidays are ripe with tradition. The same home-cooked meals you can’t get any other time of year, the same families, the same set of movies (Hate A Christmas Story? It’s on for 24 hours, but you won’t see it again until next year), and all at the same houses.

But what’s that there in your glass?

For me, it’s usually eggnog—and most of the time that works great. It’s safe, it’s simple, and you needn’t be a bartender to pull it off. You don’t even have to know how to make the nog itself, since most stores sell it ready-made, and the truly lazy will find liquor-store versions with the alcohol already mixed in. Just add some whipped cream, sprinkle some cinnamon and nutmeg, and you’re set to sit through hors d’oeuvres. If the mood fits, have another one for dessert.

I’ll be sure to enjoy my usual serving (or four) of eggnog come Christmas Day, but I found myself wanting something a little different. Something with pizzazz. I wanted to figure out my new favorite drink, so I asked the Internet’s cocktail connoisseurs for help.

This strategy had already made my Cronut dreams come true and produced some new Thanksgiving recipes. Now it was time to put the booze to the test and do it for the vine.

Could it be that this drink was named for the kick it gives those who unsuspectingly drink it? It’s certainly possible if you’ve never had ginger beer (which is nonalcoholic) in your life.

Minus some of the garnish (which I didn’t include), the Holiday Mule was fairly straightforward to make—and a good thing, too, because I was a one-woman band when it came to the vine. With everything chilled and measured out, I started pouring.

As I sipped, I couldn’t figure out whether I liked it. Sweet and bubbly and just a bit bitter, I kept sipping it until I had to head out somewhere. While the drink itself was gone, my confusion continued later in the night, when, trying not to be wasteful, I had the rest of the ginger beer.

Knowing that these next drinks would take more time, effort, and hands, I recruited my friend Sam, who is a much better cook than I am, with the promise of free drinks and good conversation if she came over and helped me. Worked like a charm.

Made with a recipe I found courtesy of the cocktail mixers on Reddit, the Buttered Rum got off to a steaming start. And while we waited for the drink to steep—you basically just cover it—we started making the Grinch (see below).

Our results were mixed. Sam liked it more than she thought we would. I wasn’t as impressed, but I liked the sound of the drink enough to try out another recipe later on.

While we waited on the Buttered Rum, we went onto the Grinch, a holiday martini even Christmas curmudgeons like myself could enjoy (despite my lack of a martini glass). With melon liqueur—I chose Midori—and lemon juice among the list of ingredients, we were warned of the sour taste we were about to experience.

This time, our reactions were flip-flopped: I ended up sticking to this drink more than Sam, who thought it was good but way too sour. She had a point: Next time, we’d hold off on the lemon juice.

If you watch It’s a Wonderful Life like my family does every Christmas Eve, you’ll recognize the name of this drink. It’s what Clarence—George Bailey’s guardian angel—orders at Nick’s Bar once he allows George to see what the world would be like without him: “A mulled wine, heavy on the cinnamon, and light on the cloves.”

That doesn’t end well for old Clarence, but we decided to give it a go anyway. It’s a bit labor-intensive in that you have to peel and juice some oranges, and works better for a larger party.

Fresh off the stove, our glasses were warm to the touch, and that warmth quickly traveled to the rest of our bodies. Prior to this, we’d only had mulled wine from a bottle, and we weren’t expecting to like the home-cooked stuff as much as we did. Sam asked me for the recipe, and I expect she may serve it at her family’s Christmas dinner.

Did you think of that famous cat-and-mouse duo first when you read those names? So did I, but this cocktail predates them. Akin to eggnog, the creation is credited to British journalist Pierce Egan (although not definitively) and became popular in the 19th and 20th centuries, primarily in Wisconsin and Minnesota. Oftentimes, people will use a mix to help them create the concoction.

But Sam and I, as amateur mixers, vowed to make everything by hand. This time around, I left the hard work to her, which involved the folding of ingredients with a spatula, while I got up close and personal with my phone.

I didn’t know at first that the Tom and Jerry was usually likened to eggnog, but that’s what came to mind when we finally added the final touches. It went down smooth, and after a few sips I still couldn’t taste the alcohol. Both delicious and dangerous, it could result in a nasty hangover the next day if you’re not careful. Sam, who doesn’t really like eggnog to begin with, wasn’t really a fan.

Fair enough. But that’s the great thing about all this. We can make anything and choose to share—or not. It’s all part of the holiday spirit.