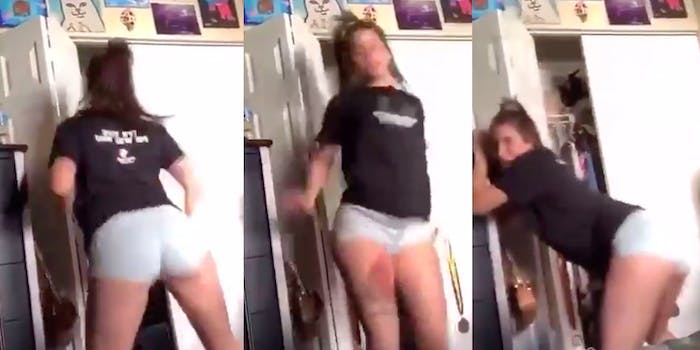 The university's president has condemned it.

“Stupid [N-word] hoe, stupid stupid [N-word] hoe,” the student is heard repeatedly saying as she’s being filmed by an unknown person. The video was posted to Twitter by user @fukinbuzzin and has since been viewed over 2 million times.

As the video makes its way around the internet, viewers and fellow FIU students are expressing outrage. The student in question has even been doxed on Twitter.

In response to @fukinbuzzin’s tweet, FIU said it was aware of the video and posted a link to where students can “report violations.” While the video has been reported and is under investigation by the university, FIU told the Daily Dot “it cannot discuss any disciplinary action involving a particular student,” citing federal privacy laws.

“I want to condemn, in the strongest possible terms, the racist video that was recently posted on social media,” Rosenberg says in the video. “My expectation is that the student will reflect on her message, that the student will come to understand that the hate and ignorance expressed in the message undermine all that ought to bring us together.”

FIU, however, is being met with even more backlash for its public response to the incident.