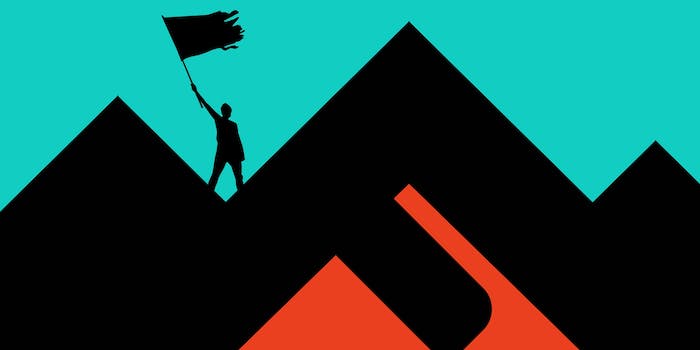 Can a non-religious Web-savvy campaign against pornography work?

When Breanne was 15, she started visiting chat rooms. “I started to realize there was power in the fact that I was a woman and there were plenty of men out there who wanted to see naked women,” she remembers. “So I would do things I never thought I’d do before to get that kind of high.” She says she would strip for men on her webcam and post explicit photos of herself online.

Breanne’s social and academic life eventually became subsumed by her life online. She’d sleep only a few hours a night, and would become “extremely agitated” if she didn’t have immediate access to her computer.

“There were times when I wanted to stop and go to sleep and quit doing it and I couldn’t,” Breanne, now 24, remembers. “I’d say, ‘OK, maybe I’ll do it, but only once a week’, or ‘I’ll  only talk to guys that aren’t married or whatever,’ and set up these parameters for it. And time and time again I would fail the very boundaries I set up.”

When Breanne was 18, she got her first personal laptop. That was when, she says, “my addiction really started to spiral.” One day, she left it open on the kitchen table and her mother spotted IMs from one of Breanne’s chatroom buddies. When Breanne came home from school, her parents had confiscated her laptop, her cell phone, and her camera. “I was devastated,” she remembers. “It broke my heart that they saw who I really was. Because at that point, I hated who I really was.”

But Fight the New Drug, an anti-pornography organization devoted to using “science” to fight this addiction, is fairly unique in two ways: 1)Unlike many other anti-porn activist groups, it purports to be non-political and non-denominational, and 2) it attempts to reach a demographic that is fairly overlooked in the addiction community: millennials aged 18 to 24. In their efforts to resonate with this age group, they’ve kick-started aggressive social media campaigns, with their “street team fighters” (the term they use for volunteers) spearheading #pornkillslove and #fightthenewdrug hashtags on Twitter:

If we think we can flirt with pornography, or chastity, & not have it affect us or our families, we are deceived. #ldsconf #FightTheNewDrug

Fight the New Drug was launched in 2009 by Clay Olsen, a marketing specialist and Brigham Young University graduate, out of a “growing recognition and understanding that our society wasn’t fully understanding the potential harms that pornography provided in our culture and society.” FTND was also borne from Olsen’s personal connection to the issue: When he was a pre-teen, Olsen’s cousin was imprisoned for “crimes of a violent sexual nature.” Upon his release, Olsen’s cousin attributed his violent impulses to his longtime addiction to pornography.

“That was a stick of dynamite in our family and opened my eyes to what this could lead to and what it’s teaching so many as far as helping define the sexual template in so many young individuals,” says Olsen, an affable man with a mop of curly brown hair. “We wanted to bring this topic to a national stage and bring it out of the morality arena that it had existed in for so many years.”

In addition to their “street team” and social media outreach campaigns, Fight the New Drug also has a Web-based recovery program called Fortify, which purports to use the “brain science of pornography addiction to help you find the path to freedom.” While the approximately two-month program is free for teenagers between 13 and 20, it costs about $39, or the sponsorship of one teenager, for adults.

With its social media acumen and slickly produced, stylishly shot YouTube videos, Fight the New Drug is clearly trying to be taken seriously as a youth-driven social media activist movement. Its claims that pornography is harmful and addictive, they say, are based in incontrovertible fact rather than any  moral or religious stance. The message is that pornography is bad for you, the same way smoking cigarettes or snorting cocaine is.

“When it comes to drug and alcohol addiction, we have billboards, campaigns, and we help individuals understand the potential harms,” says Olsen. “But when it comes to this topic, we’ve been flying in the dark for so many years. But science has caught up with truth to help us understand what this is.”

The science of pornography addiction, which is what Olsen’s group and many other anti-pornography organizations often cite, is basically as follows: Watching pornography triggers a release of chemicals like dopamine, serotonin, and oxytocin into the reward pathways of the brain. As these chemicals are released, they build up in your brain to the point where your brain becomes immune to their effects, requiring more and more stimulation to get the same so-called “high.”

Olsen and FTND believe that much like a curious teen can dabble in cocaine a few times without going full-blown John Belushi, it’s possible to watch pornography and not become addicted to it—”people have different predispositions and it can affect individuals in different ways,” he says. Fight the New Drug’s stance is that the potential for neurological addiction to pornography, coupled with “material that is increasingly harmful and aggressive and demeaning towards women,” means that the harmful effects of pornography “really can impact our entire society, especially within relationships.”

When Fight the New Drug says that pornography is harmful, they’re referring to all kinds of pornography, from Playboy to non-mainstream or feminist pornography to couples’ erotica. Even with pornography that might endorse progressive, sex-positive or female-friendly values, “there’s still an addictive potential, and the novelty aspect,” says Olsen. “A real relationship can’t compete with the constant stream of novelty of watching other people having sex. So we would stand by the idea that it’s probably not healthy for your relationship and your own sexuality to watch other people having sex versus having that experience with your own trusting and loving partner.”

FTND’s supposedly science-based argument against pornography is precisely what inspired Saldivar, a frequent speaker to the group, to come on board. She had just moved back home and relapsed a few times when she heard about Fight the New Drug from a friend, taking a 12 hour bus ride from her home in Texas to Louisiana to join them on a public school speaking tour.

“It’s not even about proving that pornography is right or wrong. That’s not what FTND does,” says Saldivar. “They just present the facts and say, look, this is an addictive drug. And that’s good to me because it’s from a medical standpoint that’s not really debatable.”

The thing is, though, Fight the New Drug’s stance—that there is a neurological basis to pornography addiction—is debatable; in fact, it’s one of the more contentious issues in the addiction research community. While most researchers and mental health professionals believe that it’s possible for excessive use of pornography to have deleterious effects on your mental well-being, many, like sexologist Dr. Louanne Weston, draw the line between a pornography addiction and a compulsion, in the same vein as compulsive nail-biting or trichotiliomania (pulling out one’s hair).

The researchers’ findings stood in stark contrast to the work of neurosurgeons like Dr. Donald Hilton of the University of Texas-San Antonio, who have presented evidence that pornographic stimuli triggers deleterious chemical changes in the brain. “It is absolutely true that if you show someone sex pictures or a sex film, it activates areas of the brain associated with rewards,” says Prause. “The problem is that this evidence is necessary but not sufficient.”

But although she doesn’t discount the fact that self-identified pornography addicts could be suffering from legitimate emotional issues, Prause doesn’t think that groups like Fight the New Drug and their Fortify program are sufficient in helping them with their problems. In fact, she thinks they might be doing more harm than good.

But despite your feelings about online pornography, or whether or not it’s possible for one to become addicted to it, Saldivar wants to make one thing perfectly clear: “No matter what your stance is on it, you need to realize that there are people who seriously struggle with it,” she says. “Whether you want to call this a drug or not, fine. Whether you call it addictive or not, fine. But you have to respect people who say that it is a problem for them and you have to support them in it.”

“That’s what pornography addiction is like. It’s that cute little flame that’s been hanging over your head your entire life, their entire lives and then before they knew it you’re standing in a field of burnt-out trees wondering what the hell just happened.”