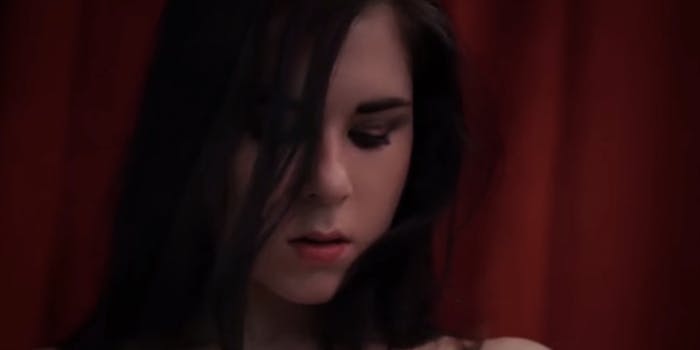 I’ve arrived late, underdressed and dateless, and I’m leaning against a pillar at the bar, straining to hear what’s being said onstage. The venue is divided into two sections—seats in the front and bar in the back—but the space has high ceilings and a vast echo. There are enough people talking and laughing at the back that the whole place is awash in chatter, white noise. Everyone seems to have known each other for years, and few people appear to be paying attention to what’s going on onstage.

I’m struggling to hear what the presenters are saying when suddenly, I sense someone standing very, very close to me. When I look up, there’s a broad-shouldered man in a polo shirt sidled up next to me, grinning. “You’re here by yourself?” he asks.

But this year, Mike is convinced that the event has grown in size without improving in its professionalism. “If you look around at something like this—” he gestures toward the stage and the presenters, hopelessly trying to capture the audience’s attention—“it’s just disorganized,” he says. “At the end of the day, it’s like: Who are you doing this for?”

But behind the scenes, there’s been controversy over this year’s FPAs and the way the event’s organizers have been handling the transition from a smaller, more industry-oriented event to a larger, more outward-facing one. This year, the Awards lost the support of several performers and directors who feel the show is becoming less responsive to the concerns of the feminist community.

Stryker also expressed concerns about “the various ways in which respect for trans women is being pushed to the wayside” in the awards, including new sponsorships by several websites that use derogatory terms like “she-male” to refer to trans women. 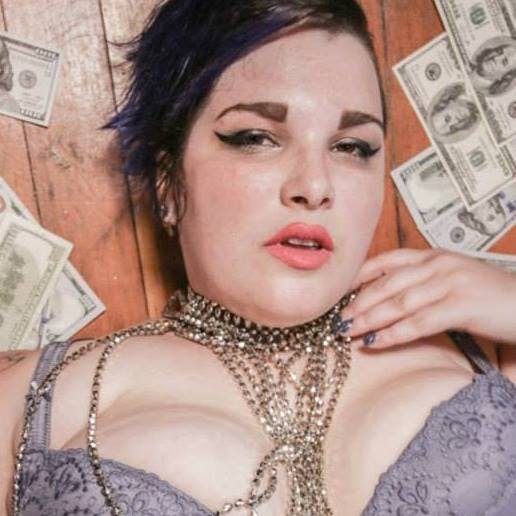 “Of course I believe you can make and consume pornography in a way that is centering being politically responsible and accountable. But if you are intending to be a feminist alternative to ‘mainstream,’ then I think it’s vital to address issues like representation and rape culture in your work. Otherwise, aren’t you just mimicking what you’re claiming to be divesting from?”

“If you are intending to be a feminist alternative to ‘mainstream,’ then it’s vital to address issues like representation and rape culture in your work. Otherwise, aren’t you just mimicking what you’re claiming to be divesting from?”

Performer and producer Courtney Trouble was the next big name to pull back from the awards, posting a list via Stryker’s tumblr of suggestions for improving the event. These suggestions echoed many of Stryker’s concerns, calling for the events’ organizers to be more accountable for the people they nominated and to “center the voice[s] of sex workers/performers.”

The issues Hill-Meyer addresses in their speech recall Stryker’s broader concerns about the awards’ judging criteria. This year, the judging criteria listed on the FPAs’ website placed an emphasis on production quality, saying that “editing, framing, lighting, sound and overall production value” are key factors, and that “earnest feminism is not enough” for a film to qualify for nomination.

Stryker’s letter points out that this requirement necessarily privileges filmmakers who have access to expensive equipment or who work with bigger production companies. Sometimes, Stryker points out, when a filmmaker can’t afford to make a slick-looking production, “earnest feminism is all they have.”

In many ways, this split seems like the crux of the issue. The FPAs’ organizers issued a statement the day before the awards responding to some of Stryker and Trouble’s concerns, without mentioning either of them by name. With regards to the question of performers who’d been accused of transphobia or abusive behaviour off-set, they explained that “when we evaluate a film, most often, all that we can fairly review is the end-product of the film itself. We cannot be on set, nor can we realistically evaluate the off set behaviour of performers or production staff.”

“Our goal is that our event, as a whole, contributes to the discussion around definitions of ‘sexy.’”

If you’re a person who didn’t win the straight/white/cis/male jackpot from birth, there’s a very good chance you’re familiar with the complex emotional experience of enjoying (or being aroused by) stuff that isn’t really made for you at all. Being any kind of “other” and just trying to exist without hating every single cultural object—books, music, TV, movies, porn—that you come across often means you’re stuck trying to shoehorn your politics into an uncomfortable set of conditions or leave them at the door entirely. We try to enjoy things like “normal human beings,” but trying to enjoy something like a normal human being often means having to forget about the kind of human being that you actually are.

Correction: An earlier version of this article stated that Tobi Hill-Meyer used the pronouns “they” and “them.” Her pronouns are actually “she” and “her.”