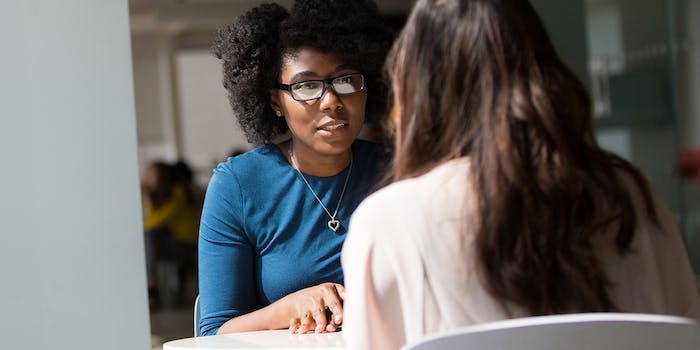 Addyi isn’t the ‘female Viagra’ I need it to be

I felt crushing disappointment this week discovering that I don’t fit the criteria to take it.

My husband started taking Viagra when he was 27-years-old. He doesn’t have erectile dysfunction, which is the impairment most commonly associated with the little blue pill. Instead, his decision to seek out Viagra dovetailed with my seeking treatment for post-traumatic stress disorder, which was affecting our sex life.

My PTSD often physically manifests as vaginismus, and it’s not unusual for cis men whose partners have vaginismus to take a drug like Viagra to make foreplay and intercourse easier on both parties. We wanted to be having healthy sex, and our attractions to each other hadn’t waned. We simply wanted an extra boost to help us move through the anxiety that we were feeling about sex at that time. “Horsepower,” he calls it. And while his doctor was initially apprehensive about writing a Viagra prescription for a man in his late-20s, he had no problem doing so once my husband explained our situation.

I have to admit, Viagra worked for us. It still does. My husband doesn’t need it most of the time, and it’s so expensive that he only takes it when absolutely necessary. When he does, though, we have a guarantee that no matter how long it takes for me to rev up, he’ll still be aroused. He can climax with ease multiple times a night and still be energized enough for us to do it again the next morning. Other people’s mileage on the little blue pill may vary, but in my marriage, Viagra’s been a wonder drug.

My husband sings Viagra’s praises so highly that I’ve often thought, Why isn’t there a drug like this for women? Certainly, ED and PTSD are two completely different matters, so I don’t imagine a female equivalent would eliminate my occasional, intrusive PTSD flashback or vaginismus contraction. However when my libido is low, it’s less because of an actual PTSD reaction and more because of the anxiety that I might have a PTSD reaction. I want to have sex, but the fear that something might go awry gets in my way—the same concern my husband was feeling when he initially asked his doctor for a Viagra prescription. Wouldn’t it be nice for women to have a pharmaceutical option for dealing with our sexual anxiety?

Enter Addyi, the newly FDA-approved drug that the Internet has deemed as the “female Viagra.” The pill is designed to treat hypoactive sexual desire disorder (HSDD), which is characterized by:

“…[l]ow sexual desire that causes marked distress or interpersonal difficulty and is not due to a co-existing medical or psychiatric condition, problems within the relationship, or the effects of a medication or other drug substance.”

In other words, doctors will only prescribe Addyi to women who feel low libido in all sexual situations and have no other medical conditions that contribute to their libido issues. Additionally, women will need to take it daily to feel the effects (whereas men can pop a Viagra in preparation for a specific sexual encounter and feel aroused within an hour or two).

From a general sex-positivity perspective, I’m excited about the FDA’s approval of Addyi. It’s the first drug of its kind; the FDA notes that “[p]rior to Addyi’s approval, there were no FDA-approved treatments for sexual desire disorders in men or women.” If it works as well as expected, it will make a lot more women a lot more excited about sex. That is undoubtedly a good thing.

But from a personal perspective, I’m feeling let down. I’m sure I’m not the only woman who felt fluttery excitement at reading the phrase “female Viagra” all over the web this week, only to feel the crushing disappointment of discovering that I don’t fit the criteria to take it. There’s absolutely a need for a drug that treats HSDD, just as there was a need for a drug to treat ED when Viagra was first approved. The difference is that Viagra treats more than just ED, and it can be taken as needed. It serves a broader population of men than Addyi is likely to serve, meaning that a lot of women—myself included—are still waiting for our wonder drug to come along. And considering how long it’s taken for any drug to treat female sexual dysfunction to be approved, I wouldn’t count on the announcement of additional drugs aimed at women any time soon.

Pharmaceutical treatments for male sexual dysfunction have existed for years and are only becoming more accessible. A cheaper, generic version of Viagra is set to become available in 2017. That same year, Cialis, a similar drug, may be available over-the-counter. But for those of us who are excited to try a true female equivalent—myself very much included—we’re in for a much longer wait.

Amanda Goldberg is a pseudonym.