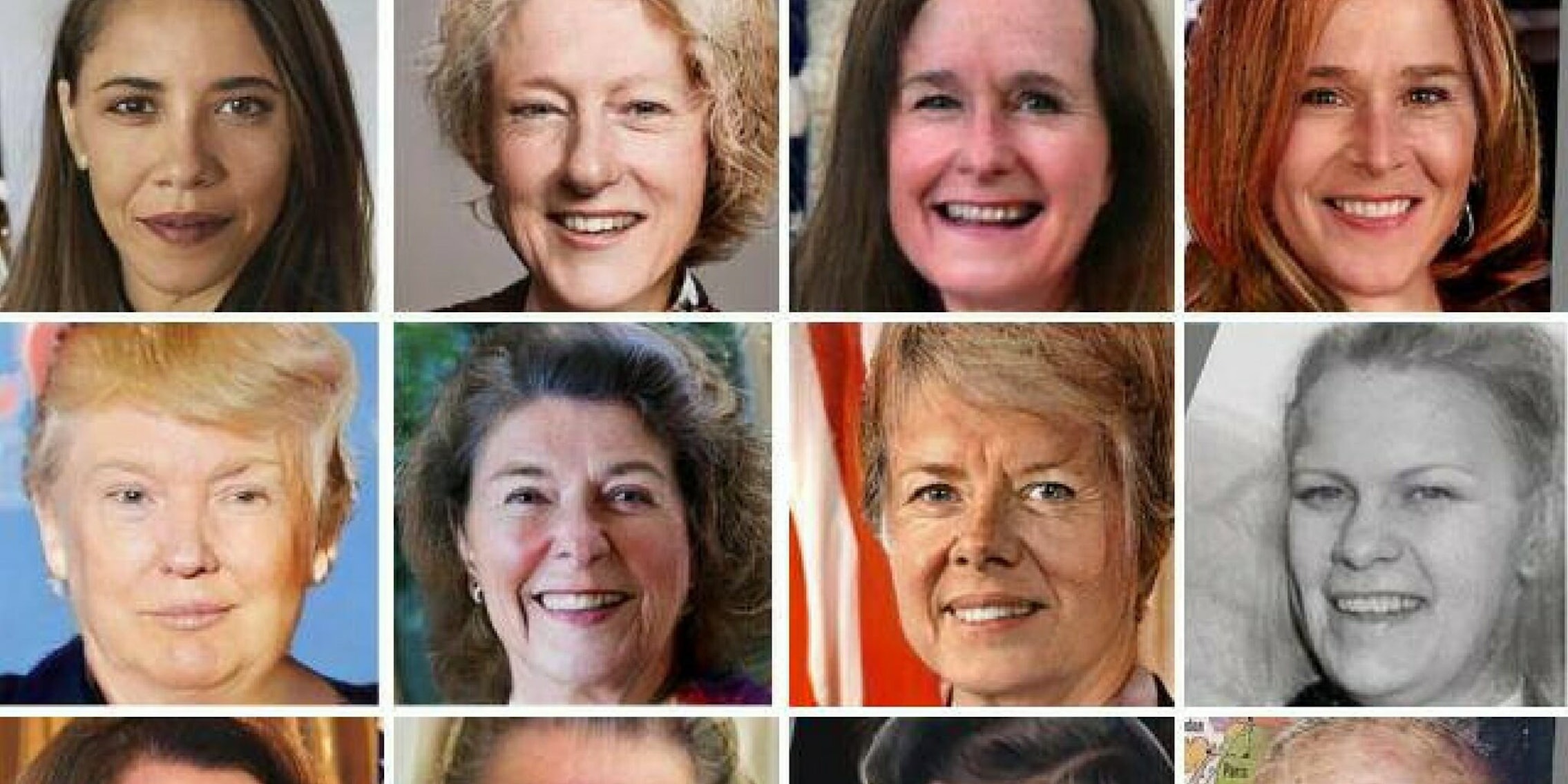 Someone gender-swapped all of the U.S. presidents—and it’s amazing

Oh, what could have been...

The future might be female, but what’s the harm in wondering what the past could have been?

With Presidents Day this upcoming Monday, some creative soul has gone and used a face editing application to entertain the question, “What would an all-female history of U.S. presidents look like?”

Edit on Thursday, February 15: I got in touch with the creator of this amazing art and she asked me to refer folks to…

“These ladies look like every female boss or teacher or professor I ever had. It made me wonder what my life would have been like if I’d grown up knowing that I could be president someday,” Virginia Virkus, who shared the image from Reddit to Facebook, wrote in her caption. “The cliche of ‘carry yourself with the confidence of an average white man’ exists for a reason.”

While unexpected for the country to see women represented in this role, the internet is finding the collection of all-female world leaders to be comforting and longing for what could have been following a potential presidency of Hillary Clinton—if not hopeful for the actual future of the presidency. Seeing the female presidents was almost a litmus test for some people, revealing just what they thought about a woman in the Oval Office.

It’s oddly emotional to look at bc the women look so familiar. This is what it would be like if older women were our role models & leaders… & imagine if they were racially varied as well. It’s such a psychological jolt.

https://t.co/CQavVOwDDT a bunch of jokes went through my head, but then I was crushed realizing we all grew up seeing women as accessories to leaders, First Ladies with a pet project

Obama predictably beautiful and female Clinton looks like an off brand Meryl Streep? Nixon looks like your single aunt who has a horse farm. https://t.co/Ez5O69rGEX

Is this Lynn Johnson's mugshot? Georgina Bush looks like the neighborhood hot friendly stripper. Theodora Roosevelt is the goth queen we don't deserve. History would have been a lot cooler with female presidents. pic.twitter.com/GCN4grfGEO

Of course, it was only a matter of time before people fixated on these female presidents for their looks, and not the fact that women can see themselves in the people depicted in this photo.

“Obama is still the prettiest ([Teddy Roosevelt] is the sexiest!) another chimed in.

One step at a time.