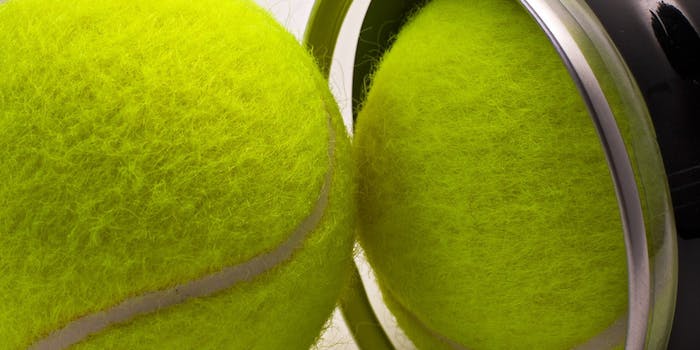 #FeelingNuts is grabbing the ice bucket challenge by the balls

Men have finally found a way to take charity by the balls.

While the merits of dumping ice water on your head for ALS have been ceaselessly argued in thinkpieces for weeks now, one thing that’s undeniable is the impact the challenge has had on other charity and fundraising efforts. Many organizations, inspired by the ice bucket challenge, have adopted or co-opted the viral model to support their own causes.

The ballsy campaign, started by a British organization called Check One Two, aims to educate men about the dangers of testicular cancer, especially among younger guys. Through the designated hashtag, #feelingsnuts, the group encourages guys and girls alike to post crotch-grab photos to social media and nominate others to do the same. In the process, they’re hoping to remind guys to perform regular exams on their crown jewels.

So far, celebrities like Ricky Gervais have chimed in, posting a picture to his Facebook page and tagging some fellow celebrities in the process.

One of Gervais’s nominations, Will Arnett, accepted the challenge and responded with a #feelingnuts photo of his own.

Even though she’s without cojones, Ellie Goulding chimed in on the crotch-grabbing fanfare.

Ladies, after being subjected to accidental wet T-shirt contests because of the ice bucket challenge, now is your chance to get some ogling revenge. A number of boy bands have posted crotch grabs of their own.

For an entire catalog of nutty goodness, head over to checkonetwo.co.uk and see the pics and videos for yourself.

Photo via horiavarlan/Flickr (CC BY 2.0)