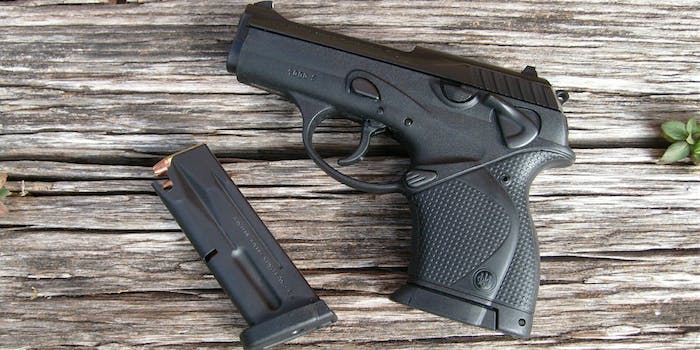 Father on life support after being shot on Facebook Live

He was afraid the gun would go off.

A Texas man is on life support after a gun shot him in the head while livestreaming with friends on Facebook Live.

Devyn Holmes, 26, was hanging out with 25-year-old Cassandra Damper and an unidentified man at a parking lot for a Valero gas station in Houston early Sunday morning. The three were laughing and having fun when the anonymous man pulled out a gun and pointed it at the camera. Damper then showed off a gun as well, making Holmes visibly uncomfortable.

“You’re making me nervous,” Holmes said, Click2Houston reports, to which the other man in the car says, “It ain’t got no clip, bud.”

Shortly after, Damper’s gun fired, shooting Holmes in the head. Holmes proceeded to slump over and bleed profusely from his gunshot wound on camera. The video has since circulated across the internet, although local news stations have republished edited versions that blur out the group’s faces and do not show the shooting.

Damper has since been arrested by police for tampering with evidence after she reportedly attempted to wipe some of the gunshot residue from her hands. The Houston Police Department is treating the incident as an accidental shooting for now, but a grand jury will decide if any additional charges should be filed. Holmes remains in critical condition at Ben Taub Hospital, Newsweek reports.

This isn’t the first time Facebook Live has recorded real-life violence. One Syrian man living in Germany livestreamed himself on Facebook Live shortly after stabbing his estranged wife, and a man known for outing drug dealers was shot while on the service.