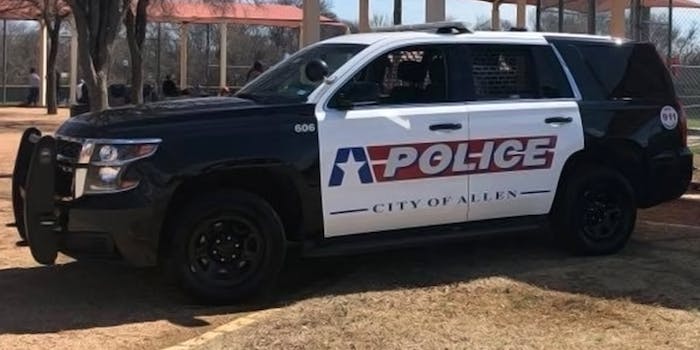 ‘Hey everyone. I killed myself and my family’: Murder-suicide leaving 6 dead preceded by chilling Google Doc explaining brothers’ pact

The letter outlined, among other things, dissatisfaction with how 'The Office' ended.

Six members of a family were discovered dead in their Allen, Texas, family home early Monday morning. Evidence left at the scene and online, including a lengthy suicide note written on Google Docs and linked to Instagram, points to a murder-suicide engineered by the brothers among the six dead.

According to the Dallas Morning News‘ account, police arrived at home for a welfare check after a family friend reported one of the family members was suicidal. Police then determined, based on forensic evidence, that all six died sometime Saturday, adding that one of the brothers had recently purchased a gun.

The publication reported, “They were identified as Altafun Nessa, 77, Iren Islam, 56, Towhidul Islam, 54, Tanvir Towhid, 21, and Farbin Towhid and Farhan Towhid, both 19. Police said they were two brothers, a sister, their father and mother, and a grandmother.”

Though the note no longer appears to be accessible via Google Docs, the text of the note, along with a screenshot of his Instagram page, was still findable on the Reddit r/masskillers subreddit as of Tuesday morning.

(Moderators of another subreddit discussing the tragedy, r/dallas, opted to take the text down.)

The letter opens, “Hey everyone. I killed myself and my family,” before going into a lengthy explanation of what happened leading up to he and his brother Tanvir’s decision to kill themselves. It includes him revealing struggles with depression and cutting, temporary but ultimately fleeting help he got from antidepressants, and events that led him to drop out of the University of Texas at Austin, where both he and his brother attended college.

He and his brother also expressed dissatisfaction with the ending of popular television show The Office. Farhan seemed to genuinely connect with Andy’s character and expressed dismay at his character arc, noting that “nobody backs him up” when he loses his job and that he gets “the worst ending of the group.”

“He had anger management issues and he was a god damn sycophant but grew into someone really caring and genuine,” he reflected.

According to the letter, the brothers made their suicide pact on Feb. 20, when Tarvin proposed to Farhan, “If we can’t fix everything in a year, we’ll kill ourselves and our family.” Farhan then chillingly noted, using past tense to refer to himself, “Anyone who knew me knew that I operate on pure logic. Every decision I make is based on a pros-cons list, including the one to kill my family.”

While he didn’t quite reveal specifically why they dispensed of their year timeline, Farhan did relay the pain he felt in day-to-day life, and reasoned that if they just killed themselves, it would be too painful for their other family members to bear that weight. As he rationalized in the letter, “I love my family. I genuinely do. And that’s why I decided to kill them.”

The letter also includes a paragraph about the ease with which they got guns, which included the admission that his brother lied about his mental illness history on the forms he had to fill out.

The letter concludes with a paragraph about Farhan turning to GoFundMe to try to give away his money, but experiencing frustration over the site being organized by projects that have raised the most money. After faulting the programmers of the site for not making “multiple filters” that would allow benefactors to find underfunded projects, he claims he decided to donate his savings to charity instead.

Faiza Rahman, a friend of Farhan’s who spoke to KDFW-TV, was having difficulty reconciling what he knew of her friend and the news of the murder-suicide.

“I haven’t mended the two versions of him in my head yet,” she reflected. “You know the one who I knew and was so close to and would talk to for like hours upon end about anything, and like the one that did this, Like this was supposed to be himself showing how much he loved them, and I know it doesn’t make sense to us.”