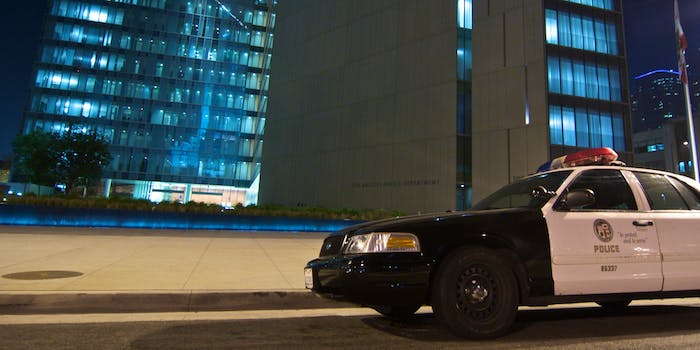 'I want justice for my daughter because of this horrible disgusting act.'

A family is suing a Los Angeles Police Department (LAPD) officer after he was allegedly caught on video fondling a dead woman’s breasts, according to BuzzFeed News.

In October 2019, LAPD officer David Rojas, who was then a four-year-veteran at the department, responded to a call in which Rojas and his partner found Elizabeth Baggett dead from a supposed overdose in Los Angeles, according to CBS Local Los Angeles.

After confirming that Baggett was dead, Rojas’ partner briefly went to get paperwork from the car, leaving Rojas alone with her body.

Rojas thought he had turned off his body camera while he “inappropriately touched the woman’s body,” CBS Local Los Angeles reported. But due to a buffer on the bodycam, it continued to record for two minutes after it had been switched off, allegedly capturing him fondling her breasts and touching her nipples, according to BuzzFeed News.

Rojas was immediately placed on administrative leave, and in December, he was charged with a felony, according to BuzzFeed News.

Other members of the LAPD reportedly watched the footage, which the victim’s family said was “deeply disturbing,” according to their attorney, Gloria Allred.

“Learning… that the video of her alleged sexual molestation has been viewed by others sickens [the family],” she said at a press conference on Tuesday.

Baggett’s mother Janet Baggett said in a statement that she worries that the video will resurface and “another devastation will be added to what is already unbearable,” according to BuzzFeed News.

“I want justice for my daughter because of this horrible disgusting act,” Janet said.