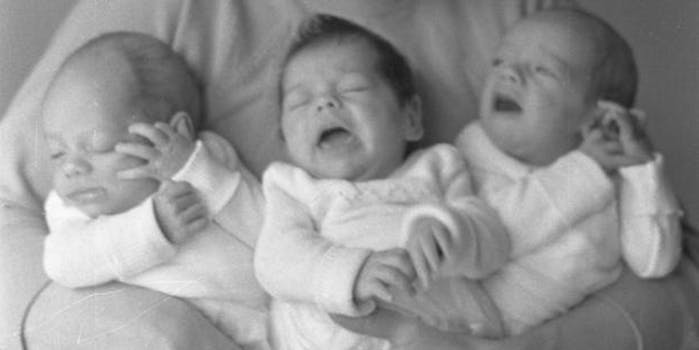 FakeABaby.com is your go-to site for a pregnancy hoax.

A 16-year-old girl in Wyandotte, Michigan faked a pregnancy for over nine months using supplies from the website FakeABaby.com, reports Fox2News. The teen claimed to be pregnant with triplets and allegedly used a fake ultrasound from the site. The UK’s Daily Mail speculates that she may have also ordered a fake pregnancy belly.

The unnamed teen shared ultrasound pictures, joined a Facebook group for mothers of triplets, and opened gifts at a baby shower thrown by relatives. Church groups, non-profits, and online acquaintances sent generous donations. The teen even named her expected babies: Ivan, Alice, and Isabella. Her boyfriend, 16-year-old Jordan, did his best to prepare as the alleged due date approached.

Questions first arose when a woman in the Moms of Triplets Facebook group realized the teen’s ultrasound matched one that was available on FakeABaby.com. That woman contacted the girl’s family.

This stranger persisted in her story until the day before her scheduled C-section. At that point, the girl claimed to have lost her babies but refused to go to the hospital. Jordan’s aunt called the authorities to intervene. That’s when detectives discovered that the entire pregnancy was a hoax.

Reporters from Fox 2 News were unable to gain access to the teen, but her brother assured them in an off-camera interview that the gifts and donations are being returned. He told their reporter that his sister had actually been pregnant but lost her baby at six weeks. She was scared, he stated, and didn’t know what to do.

Now there are calls from Jordan’s family members for FakeABaby.com to be taken down, which they blame for enabling the girl. Jordan has come forward so that people know he was not part of the hoax, Fox 2 News reports.

FakeABaby.com bills itself as a joke website where people can purchase “The Best Gag Gifts on Earth.” They provide not only fake ultrasounds but also fake pregnancy bellies, fake DNA tests, fake prescriptions, and fake bra inserts. Shoppers can also purchase gift certificates to be used for products on the site. One tagline advertises “Personalized Gifts that Make Them Panic!”

Fox 2 News reporters questioned whether or not the teen’s family might have been involved, given the duration and resources needed to perpetuate the hoax. There appears to have been little research into why the 16-year-old might have conceived of the fake pregnancy in the first place.

Wyandotte police are investigating the situation to determine if criminal charges will apply because the girl accepted thousands of dollars in donations and gifts.

The Daily Dot reached out to both FakeABaby.com and Fox 2 News Detroit but has not reached anyone for comment.