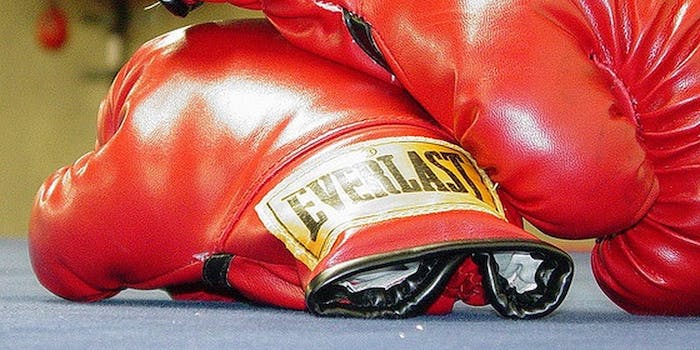 If you’re an employer who’s asked a prospective employee for their Facebook login credentials in an interview, you better watch out: Facebook could sue you.

Erin Egan, Facebook’s chief privacy officer, said the company takes its community members’ privacy very seriously and will take action to protect that, “whether by engaging policymakers or, where appropriate, by initiating legal action, including by shutting down applications that abuse their privileges.”

The statement follows on from a number of reports—stretching back to at least 2010—that prospective employees have been asked by recruiters to hand over their password or log in to their Facebook accounts during an interview. Elsewhere, some universities require student athletes to become Facebook friends with compliance officers or coaches, who wish to keep an eye on the students’ Facebook activity.

Egan said the practice undermines the security and privacy expectations of the person being asked to give someone else access to their account and their friends:

Sharing or soliciting a password is a violation of Facebook’s Statement of Rights and Responsibilities.

The practice of requiring access to an employee’s or a student’s account could lead to legal liability, as Egan notes:

“For example, if an employer sees on Facebook that someone is a member of a protected group (e.g. over a certain age, etc.) that employer may open themselves up to claims of discrimination if they don’t hire that person.

“Employers also may not have the proper policies and training for reviewers to handle private information. If they don’t—and actually, even if they do—the employer may assume liability for the protection of the information they have seen or for knowing what responsibilities may arise based on different types of information (e.g. if the information suggests the commission of a crime).”

Meanwhile, California senator Leland Yee says he is introducing a bill to halt employers in the state from requesting social media passwords.

Regardless, Facebook is standing up for its community members’ right to have a private account, though that’s not to say that the company won’t turn over your information to others under certain circumstances.