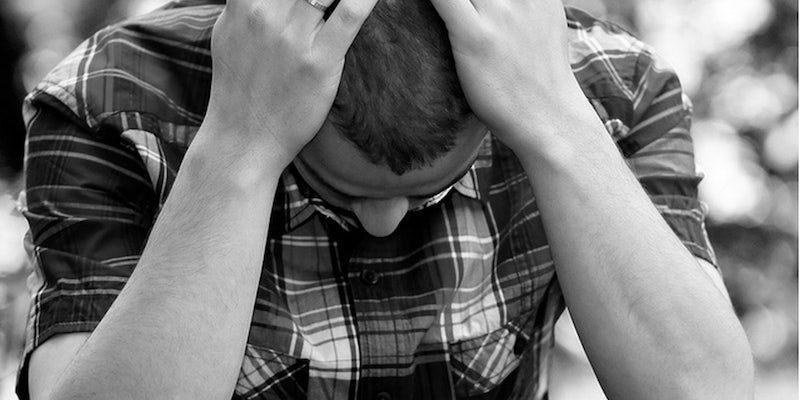 We're not sure using social networks make us depressed. Reading studies that claim that, though? Definitely.

If a good chunk of your day consists of scrolling through your friends’ party pictures on Facebook and feeling bad about yourself, well, we might now have scientific proof that that the world’s most effective time-killer is also a highly lethal destroyer of self-esteem.

Or, conversely, college students with low self-esteem might simply spend more time on Facebook, for lack of other options.

According to a study by Utah Valley University, college students who spend more time on Facebook are more likely to agree that other kids were leading more fulfilling, fun lives than they were.

Researchers released the study, “‘They Are Happier and Having Better Lives Than I Am’: The Impact of Using Facebook on Perceptions of  Others’ Lives,” last December. It examined 425 college students and asked them about their own lives and how they perceive the lives of others. (A portion of the study focused on their Facebook usage.)

The study concluded that participants who spent a lot of time on Facebook each week agreed that others are happier. In particular, participants who added people they did not actually know as friends were more likely to exhibit low self-esteem.

However, this contradicts a similar study from Ithaca College that concluded that Facebook users who visited and updated their profile regularly reported an enhanced self-esteem.

This isn’t the first study that correlated Facebook usage with low self-esteem or depression. A study by Stanford University last year showed Facebook users felt sadder after logging on and looking at photos of events they were not invited to.

Is it just Facebook? A new study just released by Stanford found that girls 8 to 12 years old who actively use multimedia (not just Facebook, but all technology) were less socially comfortable and not as happy of those who didn’t.

But again, maybe not: A study from 2010 revealed that people with Internet access, and specifically people who use social networks like Facebook, are happier than those without.

In the interest of our own mental health, we would like to suggest a new study. Let’s examine the impact of reading multiple, mutually self-contradictory Facebook research studies on a Facebook user’s confidence in the scientific establishment!